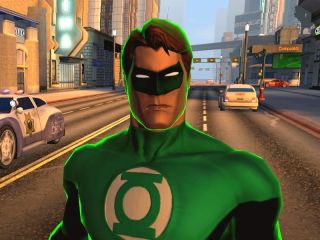 Sony Online Entertainment's (SOE) new super-powered, spandex-clad MMORPG DC Universe Online (DCUO) has become its fastest-selling game ever, toppling previous monster hits like EverQuest, Star Wars Galaxies, PlanetSide and many others. But it's also sold more copies on the PlayStation 3 console than the PC. In fact, the latter version is $10 cheaper than its console counterpart, costing $50 compared to the PS3's meatier $60 pricetag.

In a Twitter feed on Sunday, SOE president John Smedley said the company is having difficulty keeping the physical, retail version in stock. "Working on out-of-stock problems for DCUO. It's ou[r] fastest selling game ever. Should have more inventory in Monday."

After suffering a two-month setback to address concerns raised by the community, DCUO finally launched earlier this month on January 11. From what we played of the beta, the MMORPG is definitely one of SOE's biggest achievements, allowing gamers to fulfill their dreams to create and become a customized superhero in the DC universe. The only drawback is that the game isn't cross-platform, meaning PS3 subscribers are locked on PS3 servers and can't interact with PC gamers.

Surprisingly, the PS3 version has raked in 52-percent of the total sales thus far, a slight edge over the PC version's 48-percent. Both come packed with a free month of play, offering a small taste of the DC universe before the monthly $15 fee kicks in.

Along with a cheaper pricetag, PC gamers have the added option to sign up for a lifetime subscription by shelling out $200-- that's just over 13 months worth of subscription payments. This might actually be a good deal for PC gamers who plan to stick around with the MMORPG for the long run.

The current Metacritic score for the PS3 version of DC Universe Online is 64 with a user score of 7.7. The PC doesn't show a Metascore as of yet however users have rated it with a slightly higher 7.9 average. Given that the MMORPG has only been out for less than two weeks, this could easily rise or plummet at this point.

PC gamers can purchase the digital version of DC Universe Online via Steam for $49.99 here.