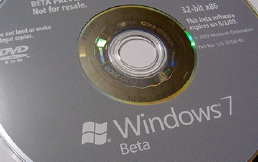 A 64-bit operating system can also give significant performance increases when running 64-bit versions of software. Some of the largest gains come in very computationally-intensive tasks that deal with high-precision numbers (like 3D rendering and physics simulations). Things like data encryption can run up to five times faster in a 64-bit environment compared to the same system with a 32-bit operating system. You probably don’t do that type of computing, but more popular programs also see performance increases including Photoshop, many compression programs (like 7zip), and video codecs. Even games perform better on a 64-bit system because it gives them access to more than 2 GB of memory and greatly increases stability thanks to the 64-bit operating system’s added precision.

If you think a 64-bit operating system sounds appealing to you, there’s a way to upgrade both Windows Vista and Windows 7 to 64-bits for free.

Next Page The Key is Mightier than the Bit