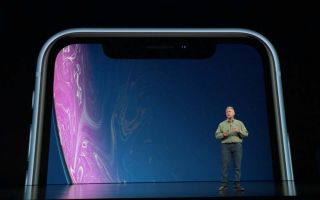 There was a time when Steve Jobs could stand on stage at a Macworld Expo and blow people away with surprise product announcements. Apple CEO Tim Cook once famously said he was "doubling down on secrecy." And yet for the last few years, there's been precious little at Apple media events that was a surprise.

With Cook and company set to take the stage again on Tuesday for Apple's Sept. 10 press event, there's no doubt that Apple can captivate the world with its product announcements — but can it still provide surprises?

There's one part of Apple's product lineup that's never, ever going to be a surprise: anything that's in even the most preliminary stages of production in its Asian supply chain. These days, we're hearing features about next year's iPhone 12 before this year's models have even been announced.

The fact is, the supply chain leaks like a sieve. Whether it's bribes to extremely low-paid workers or quid pro quo exchanges of information for various factories, Apple's every move — whether it's a case with the exact shape and size of the iPhone's new cameras, or a deal with a parts supplier that gives away the existence of a new product — is magnified and reported throughout the world.

Is there room for a hardware surprise from Apple? Sure, but it would have to come much earlier in the design process. In practical terms, this generally means it needs to be a new product that hasn't yet been put into production, meaning it has to be announced months in advance. The iPhone, iPad and Apple Watch are good examples. If Apple found itself ready to announce a new product category, like, say, augmented-reality glasses, we might hear rumblings about it in advance, but the physical details of that product could be cloaked in mystery right up until the big reveal.

For all of Cook's claims that Apple would be cranking up its secrecy efforts, the company has been its own worst enemy over the last few years. For decades, Apple has seen some of its best-laid plans revealed by human sources cultivated by enterprising journalists. Back in the '90s, it was Mac the Knife at MacWeek, and these days it's Mark Gurman of Bloomberg who has clearly gotten tight with Apple employees who are in the know.

Those kinds of leaks are bound to happen in any organization populated by human beings, who tend to have egos that can be stroked by journalists and who feel some strange intoxication in seeing the information they leaked spread into the wider world.

It's the technical own-goals that are baffling, especially for a company so apparently technically competent as Apple.

In the last few years, Apple has leaked numerous details about its own plans by including images, text and programming-interface data about secret products in public software releases. For a long time, curious types have scrolled through OS betas and looked for accidental disclosures, but developer Steve Troughton-Smith and 9to5Mac's Guilherme Rambo have transformed this spelunking into an art. So many Apple leaks the past few years have come because the company seems incapable of locking down portions of its code and assets and preventing them from being carried out into public software builds. Every year, I think that Apple has probably learned its lesson and cracked down — and every year there are more leaks.

Even more troubling is the leakage from Apple's public-facing websites. Last year's iPhone event was spoiled by Apple's web team using a recurring, guessable pattern for all sorts of filenames, and Rambo was able to load marketing images from the event days before it occurred. I get that websites the size of Apple.com are large, unwieldy beasts, but there's got to be a way to make sure that marketing images for unannounced products aren't pushed to public servers until the products are announced, right?

I'm sure Apple's web team got in big trouble over the incident and plans to do better, but if the last few years have taught me anything, it's that the Apple watchers are closely anticipating an operational failure. And thus far, Apple's internal processes have rarely been up to the challenge of keeping the company's most vital secrets hidden.

Is there no hope of a surprise?

People like me are happy to get advance warning of Apple's moves, because it gives us more to discuss on podcasts and in articles (like, say, iPhone 11 rumor roundups detailing every possible feature for this week's phone unveiling). But there's no denying that there's nothing like a genuine surprise when it comes to stagecraft — and Apple's business at these media events is stagecraft. So what's a tech behemoth to do?

As mentioned above, the surest way to surprise people is to announce a new bit of hardware ahead of time, before every part has been leaked in the supply chain and before it's been filed with government regulatory agencies. We know that Apple has been working on augmented-reality glasses, but what form they will take is still a mystery. And that's something Apple can exploit, as it did with the Apple Watch a few years back.

MORE: Why the iPhone 11 Will Be Apple’s Toughest Sell Ever

Software, while prone to some leaks from humans in Cupertino, is another place where there can be genuine surprise. Small projects can be kept away from the larger part of the company, and that can be enough to keep those projects from leaking — or at least from leaking thoroughly. Apple's developer-conference introduction of its new SwiftUI framework, and a few years before the Swift programming language itself, are examples where we heard rumblings that Apple was working on something, but the details were a surprise.

And leaving aside the products themselves, there's always the story of any given product. Apple's media events are, above all else, a space for the company to wrap its industry-leading narrative construction around everything it's selling. How the company markets products and features matters, and on Tuesday, they'll have a couple of hours to tell that story, uninterrupted by critics or journalists or anyone else who could puncture its bubble.

Similarly, it's harder to leak product pricing, because pricing can be determined at the last minute and distributed just before or just after the event. The price of a product is part of how its story gets told. In the case of the HomePod, most people walked away thinking less of the product because its price was perceived as too high. In the case of the original iPad, people were expecting a $1,000 product and got something for half that price — and it made the iPad seem like a fantastic deal.

Will Apple ever surprise us again at a media event? Of course it will. But it will most likely come in the details, in small features and marketing spin. Every few years, if we're  lucky, we might get surprised by an entirely new hardware product. But Apple has become too important a company to rely on obscurity to keep details of its future products hidden. And as a result, we'll have to take the small surprises where we can get them.