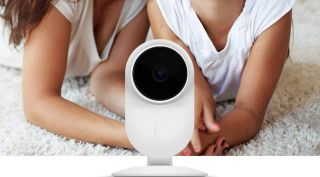 Chinese tech titan Xiaomi blamed a caching issue after a user of one of its Mi/Mijia home security cameras reported seeing still images from other people's cameras on his Google Nest Hub, to which his camera was linked.

"We are aware there was an issue of receiving stills while connecting Mi Home Security Camera Basic 1080p on Google Home hub," Xiaomi said in a statement given to The Register.

"We have found out the issue was caused by a cache update on December 26, 2019, which was designed to improve camera streaming quality. This has only happened in extremely rare conditions," the statement added. "In this case, it happened during the integration between Mi Home Security Camera Basic 1080p and the Google Home Hub with a display screen under poor network conditions."

Google disabled integration with all Xiaomi Mi Home devices a couple of hours after Mijia camera owner "Dio-V" posted his issue to a Reddit board devoted to Google Home. Dio-V, who told Cnet that he resided in the Netherlands, posted several images he grabbed from his Google Nest Hub, including one of a sleeping man and another of a sleeping baby. (Americans can buy a very similar model on Amazon for about $40.)

Dio-V is the only user we're aware of with such issues, but Xiaomi told The Register that it had found "1,044 with such integrations" with Google Nest Hub and that "a few with extremely poor network conditions might be affected."

"This issue will not happen if the camera is linked to the Xiaomi's Mi Home app," it added.

Android Police reported that its own Mi Home device no longer worked with Google Home devices, and it said Dio-V told it his Mi camera and Google Nest Hub no longer communicated with each other.

Xiaomi said it had "communicated and fixed this issue with Google," but did not say when Mi Home-Google Home compatibility would be restored.