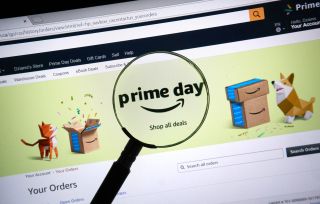 Amazon Prime Day is probably the last thing on your mind right now. However, Prime Day is one of the biggest retail holidays of the year and the earlier you learn about it, the better prepared you'll be.

Now in its sixth year, Amazon Prime Day is a multi-day event that gives Prime members exclusive access to sitewide discounts. Prime Day deals include price drops on everything from the Echo Dot to the PS4. It's become a massive juggernaut for Amazon and Amazon Prime Day 2020 will be no different.

Although Amazon Prime Day feels like it's decades away, now is the perfect time to recap last year's best deals and see what kind of Prime Day deals we can expect from Amazon this summer.

What is Amazon Prime Day

Amazon Prime Day started in July of 2015 as a way to celebrate Amazon's 20th anniversary. For 24 hours, Amazon slashed the price of hundreds of items. The event was a hit with Prime members and since the first Prime Day, Amazon has grown its deals-a-thon into a massive Black Friday like event.

The first Amazon Prime Day was celebrated in nine countries including the U.S., UK, Spain, Japan, Italy, Germany, France, Canada, and Austria. Since then, Amazon Prime Day has expanded in both duration and popularity. In 2017, Amazon Prime Day lasted for 30 hours. In 2018 it expanded the holiday to 36 hours and in 2019 it lasted a full 48 hours. It ran from July 15 through end of July 16.

Although there's no official date yet, Amazon Prime Day 2020 will likely fall on the week of Monday, July 13. We predict it will once again last for 48 hours, if not longer. However, keep in mind that Amazon Prime Day has become so popular, that Prime Day deals actually begin in June. Each year, Amazon's competitors also try to undercut Amazon by announcing summer sales of their own. Look for counter deals from the likes of Best Buy and Walmart.

Both concerts were held in New York and the previous year's concert was available for streaming throughout Prime Day. (For Prime members only, naturally). We expect Amazon to offer a similar Prime Day concert for 2020.

Amazon-owned organic grocer Whole Foods plays a huge role on Prime Day. In fact, one of our favorite Amazon Prime Day deals come from Whole Foods. For the past two years, Prime members who spend $10 or more at Whole Foods get a $10 Amazon credit they can use on Prime Day.

Other Amazon Prime Day Whole Food deals include discounts on seafood, meat, organic produce, and more. Even if you're not a fan of Whole Foods, it's worth shopping there in the lead up to Prime Day (and during Prime Day) for the savings.

Amazon Prime Day vs. other holidays

There are dozens of sales between now and Amazon Prime Day. Valentine's Day, Memorial Day, and July 4th are just a few major holidays that come before Prime Day. That doesn't include the random sales and deals Amazon offers on a weekly basis. For instance, this week Amazon has every Fire Tablet on sale from $35.

While this week's prices are good, Prime Day deals will offer even lower prices, sometimes saving you an extra $10 to $40. So unless you're in dire need of a new device, you're better off saving any major Amazon purchases till July (if you can wait that long, of course).

What were the best-selling devices on Amazon Prime Day

The numbers are out and last year's Prime Day was another massive success for Amazon. The e-tailer sold more than 175 million items worldwide and Prime Day sales surpassed the previous year's Black Friday and Cyber Monday combined.

July 15 also proved to be a huge day for new Prime memberships with more Prime member sign ups than any day in Amazon's history.

Amazon's own hardware topped the charts once again. This year, shoppers doubled down on Alexa devices by purchasing smart displays such as the Echo Show and Echo Show 5. The Fire 7 Tablet was the best-selling Amazon tablet and according to Amazon, shoppers also purchased twice as many Fire TV Edition Smart TVs than they did the previous year.

As we've said before, Prime Day is an excellent time to purchase Amazon hardware. So it's no surprise that year after year, many of our favorite Amazon Prime Day deals are for Amazon devices. However, there are a few other deals that we thought were great.

Last year, Amazon offered Amazon credits of up to $60 on select purchases. The sale was available on purchases made via the Amazon app only. Moreover, you had to search for the promo via the app and click a specific link to activate the promo. Bottom line, it wasn't easy to find. But the sale (now expired) broke down as such:

Echo Dot 3rd Gen (2-Pack)
The Editor's Choice Echo Dot dropped to an all-time low of $22 on Prime Day. For a limited time, you can buy two of these best-selling smart speakers for the price of one. Enter coupon, "DOT2PACK" at checkout to secure this deal.View Deal

Echo Show 5 (2-Pack)
This was my favorite Amazon device deal on Prime Day. I didn't think they'd do it, but not only did Amazon discount its new Echo Show 5, but it took a generous $40 off dropping it to $149.98.  View Deal

Gift Card Bonus
This was my first Prime Day 2019 purchase. I bought myself a $25 Amazon eGift card and got a free $5 Amazon credit (which I used on a post-Prime Day deal). When Amazon gives away free cash, you take advantage of it.
View Deal

Apple Watch Series 4 (GPS)
Amazon took $50 off both the 40mm and 44mm versions of the current-gen Apple Watch. Meanwhile, the Apple Watch S3 dropped to $169. These were our favorite Apple deals during Prime Day. View Deal

Apple AirPods
I had mixed feelings about this deal. On the one hand, Macy's had them for $129 a few days before Prime Day. On the other hand, Amazon actually had stock of the AirPods (Macy's deal ran out in hours), even if they had been selling at this $144 price since Father's Day. View Deal

Whole Foods
As a Prime member who shops at Whole Foods, I was excited to see this 2018 promo back in 2019. Spend $10 at Whole Foods (or on a Prime Now order) and you get a $10 Amazon Prime Day credit. It's the kind of deal everyone should take advantage of (especially anyone planning to make a purchase on Prime Day). View Deal

35% Off Gatorade, Pepsi, Doritos, More @ Amazon
Tech deals make up the majority of Prime Day deals, but this year we noticed Amazon make a big push for food deals. It's not too much of a surprise (they own Whole Foods, afterall) but everything from Pepsi to protein bars were on sale during Prime Day. View Deal

Last year was Prime Day's 5-year anniversary. As a result, we expected Amazon to offer one spectacular deal that would take everyone by surprise. We expected them to offer a discount on Prime memberships. (Instead they offered Prime membership discounts on Black Friday).

We also expected to see a killer Apple deal on a current-gen Apple device. Don't get me wrong, there were many excellent Apple deals on Prime Day, but there wasn't a standout deal that shouted "Amazon is the king of Apple deals."

And while Amazon's website didn't crash (sorry eBay), there were a couple of instances where the wrong price was displayed on a product.

MacBook Air (2017)
Controversy! Yes, many of us were excited to see the MacBook Air (2017) slashed to $699, but I found it a slightly disappointing deal. It's an old laptop (a good one, but an old one) that was selling for $749 earlier in the month. Bottom line: I would've preferred that Amazon slash the price of the current-gen MBA down to $949 or (gasp) $899. This MacBook is currently a modest $66 off now. View Deal