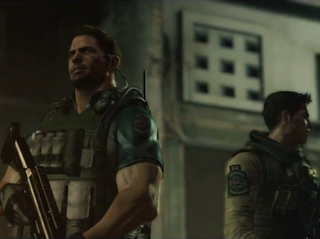 Horror video games are supposed to tap into players' most primal fears, making them feel weak, helpless and terrified. Somewhere along the way, though, big publishers outfitted horror game heroes with guns and power armor, and flooded each gorgeously rendered room with light.

Now is not such a great time to be a fan of horror games. Horror fans have had to endure a lot in the past few years: "Resident Evil," "Dead Space" and "Alone in the Dark," once bastions of the genre, have become little more than action games with grotesque enemies. "They try different things to please a wider audience, but at the same time, it has the impact of diluting the game as a horror game," Philippe Morin, co-founder of game developer Red Barrels Studios, told Tom's Guide.

"Resident Evil," which came out in 1996, started out as a survival-horror franchise with a focus on conserving ammo and solving difficult puzzles. The protagonists weren't able to withstand much punishment, and if they had to fight more than a few zombies at a time, they were out of luck.

"Resident Evil 6," which came out in 2012, is a big, loud game in which you blast your way through armies of undead and fight supervillains wearing colorful, skintight outfits. There's still a story thread that winds its way back toward the first game, but it's hard to classify it as a "horror" game with a straight face.

As it turns out, this was a conscious decision on the part of Shinji Mikami, creator of the "Resident Evil" series. After the GameCube remake of "Resident Evil" failed to meet sales expectations, he believed that appealing to the growing masses of action gamers was a way for the series to evolve and gather new fans.

He was right: The action-heavy "Resident Evil 4" was a massive success, but it also radically changed the direction of the series.

Other series followed suit: 1992's "Alone in the Dark" was a low-key haunted house mystery inspired by Edgar Allen Poe's short story "The Fall of the House of Usher." In its 2008 remake of "Alone in the Dark," the protagonist was a gun-wielding action hero who drives around New York City in broad daylight and fights against demons.

In 2012, Electronic Arts mandated that "Dead Space 3," the latest entry in its sci-fi horror series, must sell 5 million copies, or else it would not be financially viable to continue the franchise (the combined sales of "Dead Space" and "Dead Space 2" at the time did not amount to 5 million copies). It added online cooperative play, microtransactions to beef up your weapons and bright, expansive environments.

This is not a simple case of big publishers being greedy. Mainstream (or AAA) game development has reached a point of skyrocketed development costs where failure — or even moderate success — cannot be allowed. Every game must be a blockbuster, or else the publisher will lose money.

"The budget for those games has become higher and higher," said Morin, a veteran of major studios like Ubisoft and Naughty Dog who left behind the AAA world to work on smaller titles. The studio's first release was "Outlast," and old-fashioned horror game for a niche audience.

"[I] tried to convince Ubisoft to let us do a horror game for a little while," he said. "It didn't happen. The main reason was because they felt the maximum amount of copies it could sell was not enough for them."

Still, Morin insisted that the horror genre is not dead. It's still financially viable, he said, provided that you don't pour AAA resources into it, or expect AAA sales in return. He explained that "Grand Theft Auto" and "Assassin's Creed" will always be more popular than horror games because of their accessibility, but although horror fans are a small group, they are also a dedicated one.

"It's kind of a niche, but it's a very popular niche," he said. "You see the same thing in the movies. A lot of small movie studios do horror movies because they figure the fans are going to be there. They might not be able to make the same sales as 'Titanic' or 'Avatar,' but they know if they make a good horror movie, the fans will be there and they should make their money back."

Morin had wanted to create a horror game for years before he ever attempted to make "Outlast," and did his research accordingly. For those who have not played the game, it casts the player as a journalist inside a dark, atmospheric asylum full of subhuman psychopaths. You have no weapons, and only a video camera with a very limited battery supply to light the way.

"Our focus has always been to try to create an emotional ride," Morin said. "We played a lot of the classics. We liked 'Amnesia: The Dark Descent.'" "Amnesia" is another indie horror game with minimalist gameplay and a palpable sense of fear.

One of the advantages that indie studios have is that they simply don't have the resources to add action elements to horror games. This forces them to keep levels tight and claustrophobic, while using subtle cues like lighting and sound design to scare audiences.

"The faster the pacing, the more content you have to create," Morin said. "It's tricky to make those decisions when you're working with a much bigger budget and you must please a wide audience … When you're indie, you can make those decisions much more easily. You don't have to worry about trying to please everybody."

As for whether horror can ever return to AAA development, Morin remained skeptical.

"Once you start changing the signature of a game, the problem is that if you go back, you might please the hardcore gamers, but you might lose the new ones you got by making it more action-packed … When I buy a sequel, I expect the same thing, but better. I think that's how players think in general."

Mikami seems to have taken this advice to heart. Rather than trying to return "Resident Evil" to its horror roots, he has begun development on a brand new franchise called "The Evil Within." The game is dark, gory and populated by a limited numbers of hard-to-kill enemies.

The horror genre isn't dead but, like a paranormal investigator in a haunted house movie, you've got to know where to look and what to look for.