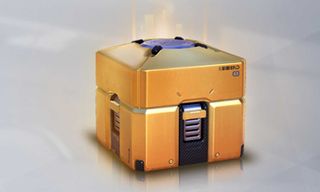 News about "loot boxes" is on the rise once again. The issue became national news prior to (and during the) release of Electronic Arts’ Star Wars Battlefront II, prompting an uproar from gamers who felt they were being forced to gamble to get the most out of the game. But a turn in the tide has given gamers hope, now that the ESA has launched an initiative to disclose loot box odds by 2020.

Loot boxes are digital grab bags that players have to spend real or in-game currency on, and the trick is that you never know what’s inside. Of course, it’s not that simple, as different games place different types of rewards in them.

Are loot boxes a new thing?

Random awards aren’t new in games, but the most modern wave can largely be traced back to two different origins.

The first is Blizzard’s Overwatch, which released in 2016. The game’s loot boxes feature cosmetic items, such as costumes, player avatars and voice lines for characters. You can’t pick which characters you get rewards for, so the items may or may not be for a hero you actually use. But none of the rewards affected actual gameplay, which may be why Overwatch wasn’t embroiled in controversy. While loot boxes are doled out for leveling up and completing certain missions, those who can afford to spend money on loot boxes can collect more items faster.

The second is free-to-play mobile games, which have long relied on small transactions to make money. Developers would artificially restrict gameplay in order to get players to invest in these “microtransactions” that would make the game more fun. These have since made their way to console and PC games as new characters, items and other in-game materials.

Why do gamers hate loot boxes?

In the case of loot boxes, many gamers equate them to gambling. You open up a box and get items that may or may be what you want, or they may be worthless (though, unlike gambling, you always get something). Think of them like a digital pack of baseball cards, though at least you could sell baseball cards you didn’t want, or trade them for ones you do. That’s generally not the case in loot boxes.

This means that to get items they want, players may have to invest lots of money in multiple loot boxes until they hit the jackpot. How likely is that? As of now, it’s hard to tell, as most publishers don’t list the likelihood of getting certain items (Nintendo recently did in its new mobile game, Animal Crossing: Pocket Camp, when using items that get you random collections of bugs or fish).

As for microtransactions, the argument is that you’re paying for something that should already be in the game. Many refer to this as “pay to play.” In the case of Battlefront, it was far easier to pay for a ton of loot boxes filled with powerful cards for your characters, rather than spend dozens of hours grinding for them in-game.

Why do publishers include loot boxes?

At the end of the day, publishers are businesses, and they’re looking for a profit. And while EA and others are likely looking to make more money, it’s a bit more complicated than that.

Video game prices have largely been flat since the late 1990’s. While publishers fund developers working on cutting edge graphics with innovative gameplay, full voice acting and motion capture and, in some cases, continuing to support the game for years after release, they haven’t been charging more for those games. Publishers may argue that this is a way to get a greater return on investment so they can continue making more expensive, innovative games.

While microtransactions are fairly straightforward, many gamers suggest the random rewards from loot boxes may be a form of gambling.

In October 2017, though, the Entertainment Software Rating Board (ESRB), which rates games for age appropriateness and factors like violence or sexuality decided not to classify loot boxes as gambling. The Entertainment Software Association, which represents game companies, asserted to Glixel that loot boxes "are a voluntary feature in certain video games that provide players with another way to obtain virtual items that can be used to enhance their in-game experiences" and that they aren't a form of gambling.In February 2018, the ESRB announced the addition of an "in-game purchases" label to physical games that have loot boxes, DLC, downloadable skins or any other in-game purchase.

But that may change at the legal level. Rep. Chris Lee of Hawaii recently issued a statement referring to loot boxes as “predatory practices” by developers. He called Battlefront II a “Star Wars-themed online casino,” and while he thinks national change may be difficult, he wants to legislate against it at the state level.

In Belgium, the country’s gambling authority has declared Battlefront II’s loot boxes do constitute a game of chance and combine “money and addiction.” The commission reportedly wants the practice banned throughout Europe.

What can gamers (and parents) do?

If you’re a gamer yourself, you’ll have to wait and see. It sounds possible that legislative action of some sort may be on the horizon, though that can take time.

Alternatively, vote with your wallet. You can complain all you want about loot boxes and microtransactions, but if you buy those games (and make in-game purchases) , developers and publishers will keep utilizing them. If the Battlefront controversy is any indication, making your voice heard on forums and subreddits can actually make a difference.

If you’re a parent who doesn’t want your kid spending money on in-game items, you can check to see if games have microtransactions or loot boxes. The EnYou can also make sure that no payment method, such as a debit or credit card, are attached to consoles or accounts that they’re using.

As for publishers and developers, they’re likely watching what’s happening with Star Wars Battlefront II with a cautious eye. EA has put a pause on microtransactions and removed some of the most rare prizes from loot boxes in a hope to calm fans, and that could have a big impact on how the next wave of AAA games implement them.

What is the industry doing about loot boxes?

The best part is that those three companies aren't the only ones participating in this initiative. Activision Blizzard, Bandai Namco Entertainment, Bethesda, Bungie, Electronic Arts, Take-Two Interactive, Ubisoft, Warner Bros. Interactive Entertainment and Wizards of the Coast are also working on greater transparency for in-game purchases.

Hopefully we'll see more AAA companies jump on board sooner rather than later.