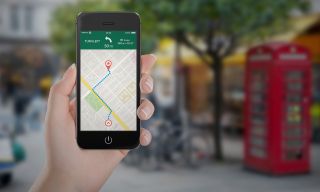 Lawrence Pinsky is a man of the world, and he recently contacted our Editor-in-Chief Mark Spoonauer with a question befitting of a globetrotter.

"Are all smartphones multiband?"

That sounded to us like a question from someone who's planning on doing a lot of traveling and wants to make sure that the phone he brings on those journeys works as well abroad as it does at home. And when we followed up with Lawrence, he confirmed that this was exactly what was on his mind.

Lawrence found the answer to his question thanks in large part to his own research. But we're going to share what we found out, too, just in case you've ever looked at your phone and wondered, "How can I know if this phone will work when I'm in another country?"

The quick-and-easy answer is that if your phone works on a GSM network, it will probably work just fine when you're in another country. Almost every place you're going to travel has a GSM-based cellular network. (The notable exceptions: Japan and South Korea — well, North Korea, too, but we're guessing that's probably not on your itinerary right now.)

If you use the CDMA-based network of Sprint or Verizon, you may have read that last paragraph, turned a longing gaze at your phone and concluded that you're never ever going to be able to take it on a trip with you. Stop fretting — your phone may be using a CDMA network here, but that doesn't mean it can't connect to a GSM network oversees. You just need a phone that supports the right bands.

Take my iPhone SE, which connects to Verizon's network here in the U.S. But when I've traveled to Spain, China and Germany in the last few years, all I've had to do is pop in a SIM card for one of the local carriers to hop on the GSM networks that serve those countries.

The reason? My iPhone SE, like a lot of phones released in recent years, supports multiple bands, including both GSM and CDMA.

Specifically, world travelers will want a phone with quad-band support. In the U.S., GSM networks use the 850-MHz and 1900-MHz bands. (That's also true of Canada, Mexico, Central America and a large chunk of South America.) In other places — Europe, Africa, the Middle East, Australia and vast portions of Asia — GSM networks rely on the 900-MHz and 1800-MHz bands. Get yourself a phone that's compatible with all four, and you can be assured that your phone will work just fine no matter where you travel. (The WorldTimeZone website offers a more complete look at which countries use which bands.)

Band compatibility is listed among the specs for phones, so it's just a matter of looking up the specs for your device to see if the phone is ready to travel. In the case of my iPhone SE, for example, Apple's spec sheet shows compatibility for all four bands in the Cellular and Wireless section, thus explaining how I could use my phone without experiencing any agita in my travels.

Other multiband phones include the unlocked Galaxy S8 and S8+, which support all the network bands you'll need to connect around the world. (The unlocked Galaxy S8 also happens to be available at a substantial discount at Best Buy as of this writing.) Other unlocked phones, like the Moto Z2 Force and LG G6, are multiband, too.

As part of his research, Lawrence Pinsky found a website that takes some of the guesswork out of figuring out whether your phone will work in a particular country. At the website Will My Phone Work, you punch in the brand and model of your phone, along with the country you're traveling to and the local carrier. The site then lists what kind of 2G, 3G and 4G network compatibility you can expect. You will need to provide information about the specific model of phone you have, which you can usually find in the Settings app on your device.

Of course, if you're planning on using a local SIM card from wherever you travel, there's one other thing you'll need beside a phone with multiband support. You'll also need to make sure your phone is unlocked. If you bought the phone outright, that's not going to be a problem, but if you're paying for the device in installments, you'll need to talk to your carrier about unlocking your device. AT&T, Sprint, T-Mobile and Verizon all list their unlocking policies online.

You can also turn to your carrier's international plan for coverage when you're out of the country. If you're gone for more than a few days, options from AT&T and Verizon can get pretty pricey. T-Mobile has the best international coverage among the Big Four, as it extends text and data coverage to 140 countries without imposing roaming charges. Your speeds will be throttled, though. Google's Project Fi takes a similar approach without the throttling, though Project Fi is open only to people with Google devices like the Pixel.