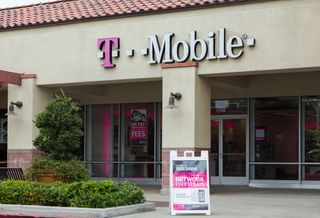 Getting the new iPhone 6s or 6s Plus for only a few bucks a month seems too good to be true, but T-Mobile plans to make it happen — under the right conditions, of course. T-Mobile CEO John Legere has announced that, starting Friday, Sept. 25, customers of the Un-carrier will be able to nab the latest Apple phone on the Jump! On Demand leasing program for as low as $5 per month.

Legere outlined the details of the plan in a series of fervent tweets on Tuesday night (Sept. 22). Those who trade in an iPhone 6 can upgrade to a 6s for $5 per month, while folks with an iPhone 5s can upgrade for $10 per month. Trading in anything else will get you the iPhone 6s for $15 per month, and the phone will cost $20 a month with no trade in at all.

MORE: iPhone 6s and 6s Plus: Which Carrier Should You Pick?

T-Mobile customers who already pre-ordered an iPhone 6s with plans to trade in their device can still take advantage of this new promotion, according to a separate tweet from Legere.

But how does T-Mobile's bold plan compare to the other iPhone-specific deals out there? Sprint's iPhone Forever plan lets you lease a new iPhone for $22 per month, or $15 a month if you're trading in an older device. Apple's own iPhone Upgrade program is pricier at $32 per month, but includes a two-year AppleCare+ warranty and gets you an unlocked iPhone that you can use with your carrier of choice.

It's worth noting that T-Mobile's Jump! On Demand program lets customers switch phones up to three times per year, while those using iPhone Forever or Apple's iPhone Upgrade can only switch once annually. The Un-carrier is also the only major provider to offer the 16GB Phone 6s at a discounted upfront price of $523.99, compared to the $649 you'll pay anywhere else.

Overall, T-Mobile's newest Jump! On Demand promotion seems like a good deal, especially for those trading up from last year's iPhone 6.