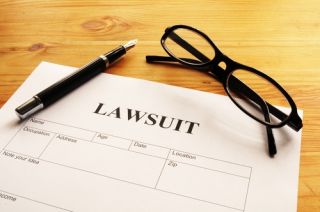 Shaker Heights, Ohio-based Cathas Advanced Technologies is now trying to monetize the patent by suing Apple and Oracle for patent infringement. In a separate claim, Cathas is suing Linkedin, Amazon.com and Living Social over a technique to provide "branding services" to their customers.

The patent, originally granted in 2005 to Delphi Technologies, and transferred to Cathas in October 2011, covers a process in which software can be tailored to specific needs via a web interface using a Perl-based CGI program, and then sent to the user as an executable file. Additional functions include several steps of automatic error detection and correction in the data entered by the user via JavaScript.

Another patent entitled "Method, system and storage medium for providing supplier branding services over a communications network", which was also originally granted to Delphi and recently acquired by Cathas is used against Linkedin, Amazon.com and Living Social. Essentially a B2B marketing process, the patent is pitched as an alternative to email marketing. Branded information designed to appear on web pages is matched with "customer target records" and "customer profile records" and combined with a link to a "subscribing supplier system". The obvious patent infringement parties for this technology would seem to be Google and Facebook, but we are not aware that Cathas has filed suit against those two yet.

Cathas says Linkedin, Amazon.com and Living Social are violating the patent by offering gift certificates to their web site visitors.