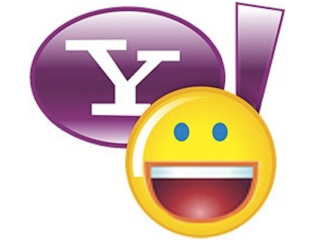 Social browser startup Rockmelt announced on Friday that it has been acquired by Yahoo! The company informed users in an open letter that all Rockmelt apps and the web product will be shut down as of August 31, 2013. Yahoo! reportedly paid around $60 million to $70 million for the start-up company.

The original Rockmelt browser launched as a private beta for PC and Mac back in November 2010. It focused on socializing the internet by placing friends on the left, the World Wide Web in the middle, and individual social network controls on the right. It supposedly made it easy to share content while also keeping up with friends and family within one browser window.

Rockmelt was based on Google's Chrome, and initially developed by ex-Netscape engineer Tim Howes and former OpsWare employee Eric Vishira – Netscape founder Marc Andreessen backed up the project. Versions for iOS was lunched for the iPhone and iPad between April 2011 and December 2012, followed by a web-based extension, Android and Windows 8 in 2013. The desktop Chrome-based browser was discontinued in April 2013.

Thanks to the acquisition, Yahoo! plans to integrate Rockmelt's technology throughout its various products. "The parallels between Yahoo! and Rockmelt are obvious: we share a common goal to help people discover the best personalized content from around the web," Yahoo said on Friday. "We can’t wait to integrate the Rockmelt technology into our platform as we work to deliver the best experiences to our users in new and exciting ways."

Sources said the Rockmelt engineering team will become part of Yahoo!'s efforts in the mobile arena. They also said Yahoo! paid largely in cash which wasn't much of a return given that investors had already sunk close to $40 million into Rockmelt development. Howes will reportedly run engineering efforts for Yahoo!'s mobile products while Vishria will become a VP for media products across all of Yahoo!

News of the acquisition arrives after Yahoo! announced back on June 20 that it had completed its $1.1 billion acquisition of Tumblr which in turn will likely share in the Rockmelt technology pool. The company said the acquisition is expected to grow its audience to more than one billion monthly visitors. Tumblr would benefit from Yahoo!'s personalization technology and search infrastructure.

Other recent Yahoo! acquisitions include Qwiki which develops an application for iOS that converts videos and pictures into sharable movies with soundtracks. The company also acquired Lexity which is an e-commerce app platform, Admovate which is an advanced mobile ad technology startup, Xobni which provides tools for better managing contact lists and email inboxes, and Bignoggins Productions which specializes in fantasy sports for iPhone.

Over twenty acquisitions have been made since current Yahoo! CEO Marissa Mayer took the helm a year ago.