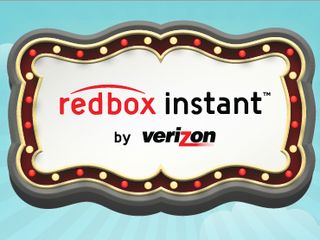 As shown above, an email in my inbox reveals that soon I'll get an invitation to Redbox Instant by Verizon in the coming weeks, signaling that the public beta has officially opened the doors to consumers. Even more, the app is now available on Apple's iTunes and Google Play for iOS and Android respectively.

In addition to the email, Redbox Instant also announced the beta launch via Twitter. "Today is the day!" the company said. "We're *gradually* rolling out access to http://redboxinstant.com . Get on the wait list & get excited! http://twitpic.com/bnclp7."

Redbox Instant by Verizon looks to be the biggest Netflix competitor yet. For starters, customers won't have to wait for a disc to arrive in the mail once they've placed an order – they just simply head up to the closest street corner, drug store or grocery store and pull their desired movie from a Redbox kiosk. Even more, the new service will combine the licenses of both Redbox (physical) and Verizon (streaming), making for one extremely competitive library both offline and online.

As reported last month, Redbox Instant by Verizon will offer an $8 monthly plan that throws in four additional Redbox credits that can be used at any Redbox kiosk. Subscribers will actually be able to reserve DVDs from the Redbox Instant website or mobile app, but the DVD credits will not roll over into the next month if left unused.

In addition to the subscription plan, the video service will also provide Video On Demand rentals and outright full-blown digital sales of newer titles. Rentals will start at $0.99, and both rentals and purchases can be downloaded to a number of devices for offline viewing. Silverlight will be the codec of choice for streaming the content over the Web.

Originally the public beta was expected to launch on Monday, December 17. The full-blown commercial service itself was actually slated for an August 2012 launch, but Verizon pushed the date back to the end of the year. However earlier this month, Verizon chairman and CEO Lowell McAdam stated that the service still needs more testing, and will likely not go commercial until late 1Q13 or early 2Q13.

So far the supported platforms will be Windows, OS X, iOS and Android. It will also work on select Samsung TVs, Blu-ray players and eventually Google TV devices. Blu-ray rentals will not be a part of the standard subscription package, but customers can upgrade for an extra buck.