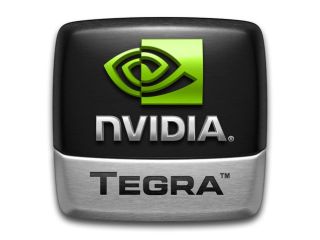 PocketNow has reportedly acquired the specs and a product shot of an unannounced quad-core smartphone from LG called the LG X3. An actual release date and pricing is unknown at this point, but the device will sport a 4.7-inch 1280 x 720 display backed by Nvidia's Tegra 3 "Kal-El" SoC.

As for additional specs, the report indicates it will feature an 8MP camera on the rear, a 1.3MP camera on the front, 16 GB of internal storage, a microSD card slot, and an NFC chip for making touch-based purchases. The device will also feature Google's Android OS, but it's unclear whether it will be v2.3.3 "Gingerbread" out of the box, or v4.0 "Ice Cream Sandwich" when it eventually hits the market (PocketNow votes for the latter).

Rounding out the hardware will be 802.11 b/g/n, Bluetooth 4.0, possibly 21 Mbps HSPA or LTE, and a 2000mAh battery. The product shot depicts physical capacitive Menu, Home and Return buttons instead of touchscreen versions.

The LG X3 is expected to make an appearance next month during Mobile World Congress 2012. The phone's actual launch time frame may be around late spring or early summer, but we'll know more about the device next month, if not sooner.