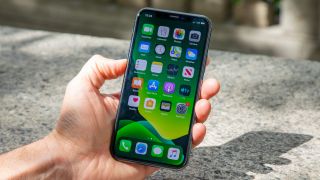 There has been a key question around the iPhone 12’s alleged 5G capabilities: which version of the new wireless standard would Apple go for? According to a new statement by one of the most reputable Apple analysts around: it’s actually both.

Ming-Chi Kuo, renowned for his accurate predictions of Apple’s next moves, has declared in a new report for investors (seen by MacRumors) that the iPhone 12 is  still on track to come with 5G compatibility. Moreover, he notes that the phone will have two different 5G versions for each model so they will work with whatever kind of 5G is being used in the specific country they’re being sold in.

In case you aren’t up to speed with why there’s two different 5G standards, here’s the basics: the 5G signal has two different frequency ranges that contain the individual "bands" that carry data. There’s Sub-6GHz, which shares some bands with older standards like 4G, and mmWave, which includes much higher frequency bands that have not been used for mobile communication before.

Different countries and different carriers within them are divided in the use of these technologies. Sub-6GHz is easier to make work due to the frequency crossover with previous generations, but mmWave’s higher frequency means there’s more bandwidth and therefore faster potential data transfer.

According to Kuo, mm-Wave-compatible iPhone 12s will be sold in the United States, Canada, Japan, Korea, and the United Kingdom, and will be launched in September 2020, which is around the time we’d expect the next iPhone to be revealed.

There’s more to the iPhone 12 than just 5G compatibility though. You can find out more in our iPhone 12 rumors hub page, which we keep updated with news and rumors about the next iPhone’s price, availability, specs and more.