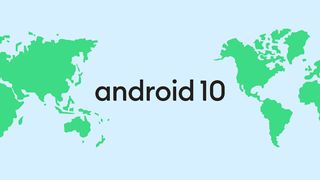 A new Android 10 rumor suggests that a release version of the operating system will be available to download on certain smartphones from as early as September 3.

Last week, Google told the world that the next version of its mobile device OS was going to be called Android 10, instead of another dessert-themed title like Android 9.0 Pie. Now, according to a report by Phone Arena, this Android 10 software will be available in a stable release in September, citing two independent Google Support agents as its source.

In case you aren’t convinced, Phone Arena put its evidence up online for all to see. In the images below, two support agents, one approached by a reader of the site and the other by a writer, both say that Android Q/Android 10 will be rolling out on September 3.

Android 10 has been in beta since March 2019, receiving regular updates and bug fixes while developers work to make sure their apps are ready for the switch over, which will happen for most eligible handsets by the end of Q1 2020.

You’ll be able to get the Android 10 release on Pixel 3 and 3a handsets, as well as the Pixel 2 series. In a surprise move, you’ll be able to download Android 10 onto original Pixels as well, despite the two-year support period promised by Google having ended in 2018.

While Google has not made a formal announcement of the Android 10 release date, it’s hard to deny the authoritativeness of this news, given the sources are Google employees. We’ll have to wait until a more senior figure at Google breaks the news to make sure, but otherwise Android fans look to have a solid reason to be excited for next week.