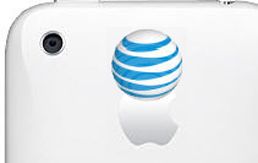 At the iPad 2 event, Apple also unveiled iOS 4.3, which introduces the Personal Hotspot feature for iPhone 4.

This feature, already available on the Verizon iPhone 4, takes the network's 3G connection and uses the phone's wireless chip to create a Wi-Fi network that allows up to five (turns out it's only three over Wi-Fi) other devices to connect to the Internet. Essentially, it's iPhone tethering, but using Wi-Fi instead of USB or Bluetooth.

Not surprisingly, this feature won't be enabled for free on AT&T. Users who want to take advantage of this new feature will have to subscribe to the same DataPro plan that's required for tethering. That plan totals at $45, which includes the $25 2GB data allowance and the extra $20 for tethering access.

Good news for Canadian iPhone 4 users, however, as Rogers Wireless has confirmed that it will be continuing to offer free tethering services – including the Hotspot feature for iOS 4.3 – for all users with a 1GB data plan and higher. Telus as well as Bell and its subsidiary Virgin also confirmed that those with tethering enabled on the account will be getting this feature for free.