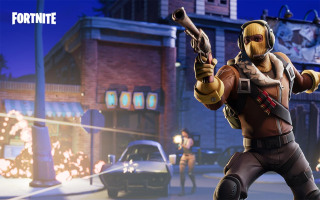 Fortnite, the game that's taken the gaming scene hostage for much of 2018, continues to expand its grip on the medium. Having first conquered PC, Xbox One, Playstation 4 and iOS, Epic Games has set its sights on the next platform to receive Fortnite: Android.

However, there's no set release date for when the game will be arriving on Android, nor is there a set schedule for a beta. Epic Games has been deliberately vague so as to not have to commit to any hard deadlines, so if you see any set dates currently in circulation, assume they're fakes.

MORE: Why Fortnite Is Taking Over the World (and How to Jump In)

In a blog post, Epic Games stated it is "targeting this summer for the [Android] release." We'll have to wait for any news about supported devices or system requirements, as Epic followed that up by noting "we promise that when we have more information to share, you’ll hear it from us first."

Until then, you can keep playing Fortnite on every other major platform — along with the 125 million other people who play the game! Good luck snagging that sweet victory royale.