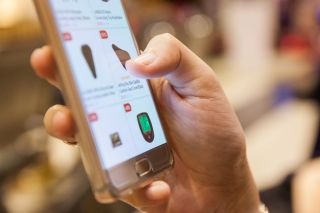 Apple's iOS App Store has been deluged with hundreds of fraudulent shopping apps in the past several weeks, according to reports from The New York Times and New York Post.

The apps reportedly impersonate legitimate brands such as Coach, Foot Locker, Nordstrom, Michael Kors, Zappos and Christian Dior. Some are merely meant to serve up ads to make money, while others are more dangerous. These apps could ask for login credentials or credit card information, or even attempt to lock down the phone.

The Post, which broke the story a week ago, reported that fake-app creators were buying search terms to make their apps pop up in Apple's new App Store search ads.

The point of Apple's "walled garden" app-store model is that Apple goes through every single new app individually to make sure the app is up to par. But the Times suggests that many apps, which mostly came from Chinese developers, fell through the cracks. The Times claims that Apple removed a slew of counterfeit apps following inquiries from itself and the Post.

Apple told the Times that reporting tools are in place for users who find suspicious apps. While you should report a dubious app if you find one, you also need to know how to protect yourself: Avoid anything that looks obviously fake, and be on the alert for broken English that wouldn't make it past executives at American or European companies.

The Times mentions an example in an app meant to imitate New Balance:

That's a red flag. In addition, you should look at reviews for shopping apps you download to make sure no one else has reported issues with them.