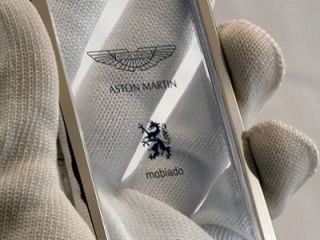 Luxury phone maker Mobiado has teamed up with the luxury automaker Aston Martin to create the most luxurious phone ever. Their first prototype features a stunning transparent window-like display. According to the concept renders, the device will be Android based and "as beautiful as an Aston Martin car is expected to be".

Titled the CTP002, the concept phone features a large, transparent glass display with a slick titanium frame on the left and right edges. Although there isn't much technical backing on the whole transparent display yet, this concept is definitely a looker. Hopefully the two luxury companies will put their heads together to make the CTP002 a reality. A reality that unfortunately most of us won't be able to afford.