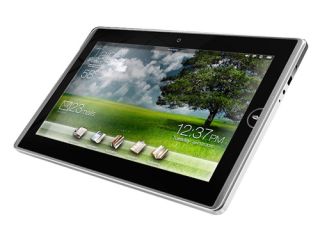 Various reports are indicating that Asus is currently working on a tablet featuring Nvidia's quad-core Tegra 3, aka "Kal-El."

The news follows the recent launch of the company's Eee Pad Transformer tablet which can be inserted into a keyboard dock and used like a netbook/notebook. Two more tablets are expected to hit the market within the next few months including the Tegra 2-based 10-inch Eee Pad Slider EP102 and the Qualcomm-based 7-inch Eee Pad MeMo EP71.

While absolutely no detail was provided in regards to the Tegra 3 tablet, the upcoming 40-nm SoC is expected to be five times faster than the current Tegra 2. It will come packed with a quad-core ARM Cortex-a9 MPCore processor (clocked up to 1.2 GHz) and a 12-core Nvidia GPU capable of 3D stereo and a screen resolution up to 2560 x 1600. Kal-El is expected to be released in the second half of 2011, possibly around August.

In addition to the Tegra 3 tablet, Asus reportedly has a few other Intel-based tablets up its sleeve. Although specifics weren't provided, it's speculated that Asus may be using the 1.5 GHz Intel Atom Z670 CPU which promises a long battery life and 1080p playback.