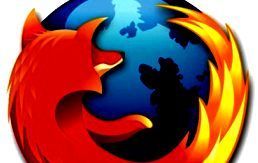 Chicago (IL) - Mozilla has released the final version of Firefox 3, which promises to deliver significant speed gains, stronger security features and increased reliability. Firefox 3 rings in a new chapter in the browser war with Microsoft, which is preparing to release Internet Explorer 8 later this year.

Following months of beta testing and three release candidates, Mozilla today unveiled the final version of its Firefox 3 web browser. The software comes as a 7.3 MB download, in flavors for OS X (Tiger and Leopard), Windows (XP and Vista) and Linux, and is available in 49 languages. At the time of this writing, Mozilla’s download server and webserver apparently were overwhelmed by visitors and are not reachable. You can download the browser here. Mozilla asks users not to download the browser directly from its FTP server, where it was posted at about 1:31 pm EDT today.

The release raises the bar in terms of how a web browser is marketed. Mozilla successfully ignited viral campaign called Download Day, asking users to download Firefox 3 the same day as it shipped in an effort to set the Guinness World Record as the most downloaded software in 24 hours. More than 1.7 million people had signed up for a download just before the release of the software.

In terms of GUI design, Firefox 3 brings just minor tweaks. The most obvious change is a larger and recessed back/forward button. The application now finally uses user interface "elements sets" and follows operating system guidelines, resulting in a more integrated look and feel of the browser. This especially applies to the Mac version which now finally looks and behaves like a regular OSX application.

Firefox 3’s new features represent a major code overhaul that is recognizable almost immediately. Thanks to an updated Gecko 1.9 engine, the browser loads pages much faster than its predecessor. Firefox also runs faster, crashes less often, and is much more reliable overall - especially in memory-heavy scenarios that, for example, may include many tabs. Also gone are memory leaks that plagued the previous version.

Firefox 3’s optimized SpiderMonkey technology is the reason for much faster JavaScript performance. Users should see a considerably more responsive browser with web 2.0 sites such as Yahoo Mail, Gmail, Google Docs, Google Reader and others.

For an overview of the key innovations in Firefox 3, you can read our preview article. We also have published our Top 10 new features in Firefox 3.