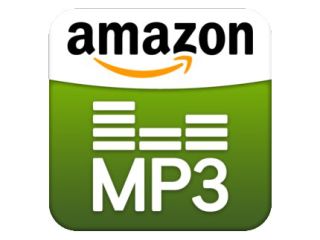 So how do you avoid Apple's 30-percent cut of everything you sell on the iOS platform? Either suck it up and pay the piper, or rip out in-app purchases and bypass Apple's rabid money hounds by using a separate HTML5 app. That's what Amazon has done with its online MP3 store, now optimized for iPhone and iPod Touch.

But there's already an Amazon Cloud Player app, you say. Right, but there's no way to purchase music in-app – there's not even a Safari-friendly link to the store. But at least with this new HTML5 app, customers can purchase music directly from their iPhone or iPod Touch similar to the way they can purchase tunes directly from iTunes. But unlike iTunes, you can download these purchases to any device – not just iPhone and iPod Touch – from the cloud.

"Since the launch of the Amazon Cloud Player app for iPhone and iPod touch, a top request from customers has been the ability to buy music from Amazon right from their devices. For the first time ever, iOS users have a way do that – now they can access Amazon’s huge catalog of music, features like personalized recommendations, deals like albums for $5, songs for $0.69, and they can buy their music once and use it everywhere," said Steve Boom, Vice President of Amazon Music.

All purchases made from Amazon's library of 22 million songs will be stored in the cloud for free. Users can even upload 250 of their iTunes purchases to the Cloud Player for free as well, but for those wanting a larger library, the company offers a Premium service allowing for 250,000 uploaded songs stored in Amazon's cloud for $24.99 per year. All Amazon songs can be played on the iOS device using the native Cloud Player app found on Apple's App Store.

To access the Amazon MP3 store from your iPhone or iPod Touch, point the gadget to http://www.amazon.com/mp3.