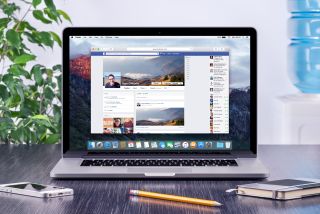 The 2015 15-inch MacBook Pro, one of the models involved in the legal case. (Image credit: Shutterstock)

If you follow Apple news, you’ll know about the many problems users have had with the butterfly keyboard switches on MacBooks. Keys got stuck and keystrokes were unresponsive, often because tiny pieces of dust had drifted into the keyboard mechanisms.

A class-action lawsuit was brought against Apple over this in May 2019, but it stalled after Apple filed a motion to dismiss the case. However, it now looks like the plaintiffs’ case against Apple will proceed as planned.

Apple argued that because it had created troubleshooting pages for dealing with faulty keyboards, and had offered a repair program for models built between 2015 and 2018, the company had provided effective ways for customers to deal with the keyboard problem.

However, as Reuters reported yesterday (Dec. 2), U.S. District Judge Edward Davila decided that these efforts by Apple were not actually an "effective fix," and therefore the lawsuit can go ahead.

MacBooks built from 2015, and MacBook Pros built from 2016, use keyboards with "butterfly switches," a slimmer design than the traditional scissor switches, but one that has proved to be unreliable since small amounts of debris collecting within the switches can make keys inoperable or sticky.

MORE: MacBook Pro and iPad Pro may get Mini-LED displays in 2020

This excludes the new 16-inch MacBook, which uses old-fashioned scissor switches instead of the butterfly design for its keyboard.

The class-action lawsuit alleges that Apple knew of the problem with butterfly switches but decided to sell laptops with the faulty keyboard design anyway. It further argues that because the keyboard-replacement program simply swapped customers' faulty keyboards for identically designed butterfly-switch ones, Apple did not properly solve the problem.

The suit demands that Apple publicly admit the keyboards are flawed and pay customers compensation, either with replacement keyboards or new laptops.

Now that Apple’s motion to dismiss the lawsuit has been rejected, we can expect to hear news of the case moving forward soon. That said, it will likely be months or years before any compensation is offered by Apple to users.