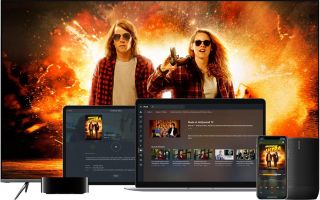 Like IMDB TV and Tubi, Plex's new service lets viewers watch a rotating selection of TV shows and movies in exchange for sitting through some ads. But unlike many other services, the movies on offer here are really, really good.

Plex reveled details about the streaming service via a blog post. While Plex's new ad-supported streaming library doesn't have an official name, you can call it Plex AVOD (ad-supported video on demand); we'll see if the nickname sticks. First and foremost, Plex AVOD is not replacing any of Plex's existing functionality. That means you can still use Plex to host your own content, watch live antenna TV and manage your podcast collection. Naturally, there will never be ads in the content you provide yourself.

But if you want to watch Plex's new AVOD library, all you have to do is sign into your account. Plex's TV shows and movies will show up alongside your own if you click on the Movies & TV tab. As you might expect, there's an awful lot of filler, which you might watch out of morbid curiosity, or while not entirely in your right mind. (I have never heard of The Big Kahuna, or Bang Bang Baby, or Vampire Circus, for example, and I'm in no particular rush to see them now.)

On the other hand, there are some really good movies scattered in among the rest. Just perusing the front page, I've found Rain Man, Teen Wolf, The Terminator, Road House, Moonstruck, Ghost in the Shell, The Right Stuff and Evil Dead II — and I'm sure there are some other cult hits hidden away in the rest of the library.

Navigation is simple, albeit a little sparse. Plex divides movies into categories, such as "Seen It A Million Times," "Love Is In The Air," "Comedy," "Action," "Sci-Fi" and "Awkward With Your Grandma." The mix of general browsing descriptors and curated lists can get a little confusing, but you can also search by title, if there's a particular movie you'd like to find.

If Plex AVOD has one big weakness (aside from having to sit through ads, but you knew that going in), it's that the TV selection is, charitably speaking, anemic. (Uncharitably speaking, it's a waste of time.) At present, there are only 12 TV shows, and the only one you're likely to have heard of is Beastmaster (or possibly the surprisingly long adaptation of Stephen King's The Dead Zone). This could grow over time, but at the moment, you're better off sticking to movies.

Since Plex AVOD is free, and you should already have a Plex account (if you don't, what are you waiting for? It's the best media server you can get, and it doesn't cost anything), it wouldn't hurt to check it out. Perhaps you don't need another streaming service in your life, but this is more of a useful addition to an already-good product rather than a brand-new product clamoring for your attention from scratch.