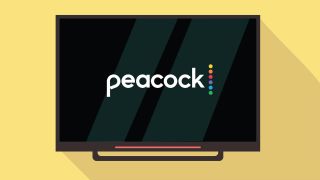 NBC's Peacock streaming service is ready to take flight. Comcast isn’t going to let its competition dominate the streaming wars: The company will roll out Peacock, its own streaming service, in April 2020. And they plan to do things a little differently from Disney, Apple and HBO.

Comcast's NBCUniversal revealed a ton of details at an investor event held January 16, including the launch date, pricing tiers and some of the Peacock shows and movies that will be available at launch.

In addition to more than 600 movies and 400 shows, the new streaming service will offer live and on-demand content across news, sports and late night.

Here’s what we know so far about NBC’s Peacock TV service, including its release date, pricing and shows.

NBC Peacock release date: When is it launching?

It will launch July 15, ahead of the Tokyo Summer Olympics, for the entire U.S. audience.

NBC Peacock price: How much will it cost?

Both tiers will have access to 15,000 hours of programming, including next-day streaming of all current broadcast shows; full seasons of originals like Mindy Kaling’s Expecting and Sam Esmail’s Battlestar Galactica reboot; early streaming of NBC’s late-night lineup; and live sports including Premiere League matches and the Olympics.

NBC Peacock price: How can I watch?

Comcast announced the Peacock streaming service will be available on popular web, mobile and connected-TV devices, but did not name any specific providers such as Apple, Amazon or Roku.

NBC Peacock shows and movies: What will I be able to watch?

The good news: Peacock will offer some of NBC’s most beloved classic shows, including The Office (landing on Peacock in 2021), Cheers, Friday Night Lights, and Parks and Recreation.

The Peacock catalogue also includes the Law & Order franchise, the Paramount Network's drama Yellowstone and current NBC hits like This Is Us.

Among the movie offerings is the entire Harry Potter franchise (licensed from WarnerMedia years ago, Lionsgate films including the John Wick franchise and new Universal movies.

Like Disney Plus and HBO Max, Peacock will offer exclusive original content, including reboots of Saved By the Bell and Battlestar Galactica and a new show based on the popular podcast Dr. Death. Peacock will also have NBCU’s movie library, which includes hits like Kung Fu Panda, Shrek and the Fast & Furious franchise.

An adaptation of Aldous Huxley’s novel Brave New World will run on Peacock first, before possibly hitting USA or Syfy. Also, a Queer as Folk reboot is coming, as is an adaptation of the YA novel One of Us Is Lying.

And even more new Peacock shows are in the pipeline. The Hollywood Reporter broke news that Will Forte, Mindy Kaling, Norman Lear and Amy Poehler are "in the works," alongside an animated version of The Adventure Zone (a popular podcast/graphic novel series).

One interesting bonus for Peacock Premium subscribers: They can watch The Tonight Show Starring Jimmy Fallon and Late Night with Seth Myers" three and a half hours early. No need to stay up for late night!

The bad news: Friends is already promised to HBO Max, so you’ll have to pony up $15 a month to watch your favorite New Yorkers down lattes at Central Perk.