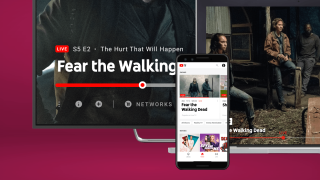 For starters, it's not a way to bring YouTube videos to your TV — the YouTube app has been able to do that for years. Instead, YouTube TV is a mix of live TV, video-on-demand and DVR features. This includes the NBA playoffs, which you can start watching right now as part of a free YouTube TV trial.

So what channels can you watch, what devices support YouTube TV and how does it stack up to competing cable-replacement services? We’ll answer all of those questions and more in this comprehensive guide.

What is YouTube TV, and how does it work?

YouTube TV is a TV- and movie-streaming service that uses YouTube's clean and straightforward interface.

YouTube TV will soon be sold via Verizon Wireless and Fios accounts, thanks to a deal signed between the platform and the telecom. Pricing details, including those related to discounts, are not available yet.

How much does YouTube TV cost, and is there a contract?

YouTube TV now costs $50 per month, after the subscription cost was hiked on April 10. Previously, the service cost $40. If you subscribe through Apple, you'll pay $55 a month for YouTube TV. Existing subscribers will have to pay the higher rate starting May 13.

Right now, Verizon is offering a deal on YouTube TV for those looking for a new smartphone:

You can try out YouTube TV for seven days before you're charged. And because there's no contract for the service, you can cancel at any time.

MORE: The One Trick Everyone Needs for Canceling Free Trials

Adding on Showtime costs $7 per month currently, while Fox Soccer Plus costs $15 per month, Shudder and AMC cost $5 per month each, Sundance Now is $7 per month, Starz costs $9 a month, and Curiosity TV is available for an extra $3. Optional sports add-ons include NBA League Pass $40. MLB.TV was reportedly coming to YouTube TV, too, but it's not available as of this writing. As part of recent changes at YouTube TV, Epix is now available as a $6 monthly add-on.

To see what networks are available in your area, you'll need to pretend that you're signing up here. Before you enter your credit card information, the site will show you the channels specific to your region.

In the summer of 2019, YouTube TV tweaked the "Now Playing" section of its user interface. The adjustments include larger image thumbnails, progressive fast-forward and a "More to watch" section with recommendations for other content.

How many people does a subscription cover, and how many can stream at once?

Each YouTube TV subscription allows for up to six separate user accounts, so each viewer can create a unique profile for customized suggestions and private DVR libraries. Up to three accounts can stream content simultaneously.

While it took a while to roll out around the country, YouTube TV is now available in every television market in the U.S. This expansion completed with Glendive, Montana, according to a tweet from YouTube TV.

You can watch YouTube TV, though, via Chromecast and Xbox One consoles. YouTube TV is also available on Android, iOS, laptops and desktops.

One of the biggest issues with YouTube TV was its limited number of supported streaming devices, a problem it is slowly remedying. Back in February 2018, YouTube TV apps landed on Apple TV boxes and Roku TVs and other Roku devices, including the Express, Ultra and Stick.

Mere hours after I updated this story with the note that YouTube TV was supposed supposed to be coming to Amazon's Fire TV devices, the app finally arrived on Amazon's app store. This all comes in the aftermath of a corporate spat where Google and Amazon limited how their devices and platforms were being used by the other, which ended in April.

MORE: Best Devices to Sling Your Phone or Tablet to a TV Screen

Can I get YouTube TV on my smart TV?

Can you watch live TV on YouTube TV? How about local channels?

YouTube TV's Home tab shows you live TV options, as well as suggests top picks based on your preferences. For complete listings, click on the Live tab to see what's streaming now, and what's up next. Hovering over a show or event shows you a preview of the content.

How can I DVR shows, and how many can I store?

One of YouTube TV's most prominent features is its ability to save programming to its DVR library. To record a show, click its "+" button. YouTube TV will begin recording if the show is live, or save the show later if it has yet to come on.

Even better: You can record as much programming as you like, as there's no storage size cap on what you save. The one limit you have to observe is that each program is deleted after nine months.

Tom's Guide editor Marshall Honorof gave YouTube TV a mixed review, applauding its interface and DVR capabilities, but criticizing its limited amount of channels and supported devices. Wired's Davey Alba agreed, noting that YouTube TV's channel selection may not feature enough content for everyone, and gave it the backhanded compliment of being "fun, because television is fun."

The YouTube TV mobile app drew praise from Ben Popper at The Verge, who also appreciated the unlimited amount of storage in its cloud-based DVR. Mashable's Raymond Wong lamented that the streaming service forces you to "give up go-to channels like CNN, Comedy Central, TBS and Adult Swim."

How do I get a free trial of YouTube TV?

When you sign up for YouTube TV, you get a free seven-day trial, provided the Google account that you're using has never been used for the service before.

NBA diehards can sign up for NBA League Pass as an add-on. Football fanatics will notice the lack of NFL Red Zone and MLB.TV is currently MIA.

YouTube TV also offers on-demand content for recently broadcast shows and movies. For example, only the current season of The Walking Dead and Marvel's Agents of S.H.I.E.L.D. are available. Half of Law & Order's sixth season is available to stream now, while the rest of it will be available once it re-airs on the Sundance TV channel. The same goes for films, such as Marvel Studios' Thor, which became available on-demand after it aired on the Syfy channel.

YouTube Red, the company's other paid service, is an upgrade for regular YouTube, which strips ads from its videos. The $9.99-per-month YouTube Red also allows you to download videos for offline playback, play videos in the background on your mobile device and access YouTube Originals. It also includes a subscription to Google Play Music (a Spotify competitor).

How does YouTube TV compare to Sling TV, PlayStation Vue and other cable replacement services?

YouTube TV's clean interface is one of the best around, and none of its competitors can touch its unlimited DVR cap. However, YouTube TV's channel list and pricing remain sore spots. The new $50 a month price makes YouTubeTV one of the more expensive options out there. Only DirecTV Now charges as much for its entry-level package. Of course, YouTube TV delivers more channels for that price — 70 or so to the 40 you'll get from DirecTV Now's Plus package.

Sling TV, with 34 channels for $25, or 56 for $40 is cheaper, while PlayStation Vue's Access package includes around 50 channels for $45 a month. Upgrading to PlayStation Vue's $50 tier adds around two dozen more channels, making it comparable to YouTube TV's $50 service. For more details check out our big Hulu Live vs. YouTube TV vs. Sling vs. Vue vs. DirecTV Now face-off, to see how these services fare against one another.