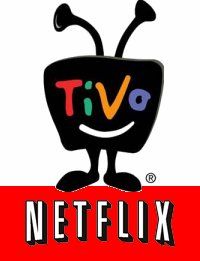 The new ability is available freely for subscribers of a Netflix unlimited plan who also own a broadband connected TiVo HD, TiVo HD XL or TiVo Series3 DVR. Netflix unlimited plans start at just $8.99 a month, with compatible TiVo DVRs starting at $299.99. After activating the service, subscribers can simply add content to their instant viewing queue at www.netflix.com and then launch the content from their TiVo DVR. Netflix also allows streaming of on-demand content to a few other devices, such as a PC, Xbox 360 and Netflix player ($99).

Netflix offers over 12,000 movies and TV episodes for streaming, however this is just a fraction of the over 100,000 titles it has available on DVD. Some of the movies available for streaming though include No Country for Old Men, Ratatouille and National Treasure: Book of Secrets. There is also a limited selection of the high-definition content available, with Netflix stating that it expects more HD titles to appear in the coming weeks and months. Netflix is currently offering a two-week free trial.

The announcement this morning follows a wave of recent announcements from other video content providers. Blockbuster for example announced that it will begin offering DVD rentals for just 99-cents, as well as soon offering a set-top box to allow for its own on-demand movie service.

While on-demand services may eventually replace DVD rentals and cable TV, there are still aspects that can be troublesome for on-demand movie watchers. A lack of high-definition content can be frustrating, but what can be even more frustrating is a poor Internet connection that prevents steady streaming of HD video. Internet service providers also have been known for limiting monthly bandwidth usage or throttling connections speeds, which could limit when and how often a person could watch on-demand videos.