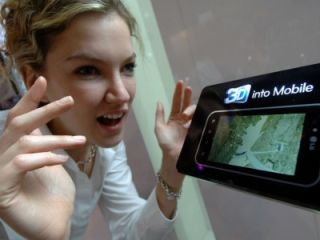 Until 2009, 3D displays and movies had trouble taking root in theaters and living rooms. Stereoscopy, as it is more formally known, was confined to niche photography, cultish films and the Thriller ride at Disneyland. But with Avatar’s wild flights through Pandora, the technology has been given new life. Today manufactures want to shift the paradigm, envisioning 3D as the future of their screens in the same way HD was a decade ago.

Samsung sold 2 million 3D televisions in 2010 and Yoon Boo-geun, the company’s president of visual displays, expects (hopes) to sell more than 10 million sets in 2011. LG and HTC recently released the Optimus and the EVO 3D, respectively, which are high-end smartphones with 3D cameras and 3D displays. YouTube announced that its videos would be compatible with NVIDIA’s 3D vision hardware.

Throughout all of these developments, skeptics have voiced concerns. Some believe that parallax screens, which obviate the need for the foolish glasses, are still too primitive and cumbersome. Others worry that device manufactures aren’t in sync with content producers—games, movies, media—to accelerate demand for the technology. And finally there is the concern that we’ll never “need” 3D like we “need” features on our phones like texting or GPS—it’s merely an extravagance. Critics say features like texting and GPS have become a crucial part of the way we communicate and operate; nothing about 3D would make it as integral.

But what about the effects of stereoscopy on us—our bodies and minds? What is 3D doing to our brains? We may enjoy flying on alien horses through Pandora from the comfort of our couch, but is there a chance that this technology could harm us?

Current page: Watching 3D: What's It Doing To Our Eyes and Brains?

Next Page How 3D Works: The Quick and Dirty