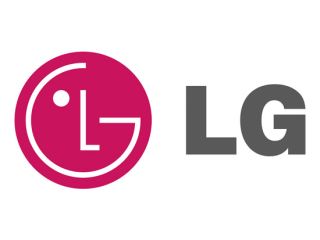 Korean electronics firm LG plans to sell a webOS-based smartwatch by early 2016, a report in The Wall Street Journal said.

An unnamed source at the CES 2015 gadget show in Las Vegas told reporter Min-Jeong Lee that the operating system, which currently powers LG television sets, would be adapted to wearable devices. The WSJ story seems to confirm rumors of a webOS smartwatch that arose in October, after pages announcing "webOS: Now powering LG SmartWatch" briefly appeared on an LG developer website.

MORE: Smartwatch Buying Guide: Everything You Need to Know

A second source told Lee that LG would develop another smartwatch that could make cellular calls without an accompanying smartphone. The source did not specify which operating system the watch would run. LG's current smartwatches, including the G Watch R, run Android. However, LG has no plans to bring webOS to its smartphones, which would continue to run Android, the first source told Lee.

"There is a prevailing system and people are used to that, which is hard to change," the source reportedly said.

LG's rival Samsung has dialed back its efforts to sell smartphones based on non-Android operating systems, although its Samsung Gear smartwatch runs the open-source Tizen OS, and the company on Monday confirmed that its next generation of smart TVs would run Tizen as well.

WebOS was originally launched by PDA pioneer Palm in 2009 to power its Pre smartphone line, which failed to win over many consumers. The operating system was buggy and slow, yet contained many features, such as cloud-based data syncing, "cards" for multitasking apps and integration of multiple address books, that later became standard on iOS and Android.

Hewlett-Packard bought Palm in 2010 and put webOS on even more devices, including a tablet, the HP TouchPad, which spectacularly flopped in the summer of 2011. HP later sold webOS to LG, but continues to hold the underlying patents, which LG licenses.

The Palm brand was sold three months ago to a holding company controlled by Chinese smartphone maker TCL, which yesterday (Jan. 6) announced plans to bring out a new line of Palm devices by the end of 2015.