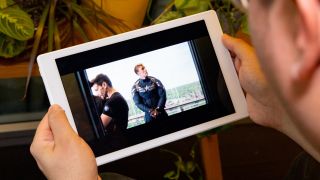 When I stop an episode of Black Mirror on Netflix, I expect that I'll see a prominent option to resume said dystopic programming when I come back to the app. Shockingly, no such capability is in Disney Plus, but Disney's on it.

A Disney rep told Business Insider that Disney Plus will be launching such a feature. We don't know when they're going to deliver, and while one Redditor appears to have found a test run for said feature, it's not on our devices yet (we just checked).

I found this missing capability especially frustrating during my testing for our Disney Plus review, as the Disney Plus app and website pages for movies and shows didn't even present a progress indicator when I opened pages for shows and movies I had not finished.

This functionality is such a standard, and it's so patently obvious and important that I found it kinda shocking to be missing. So hopefully soon when you jump back into The Mandalorian you'll see a Resume option front and center.