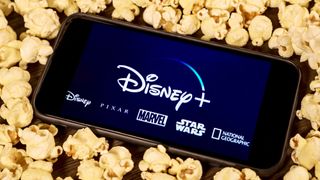 Disney Plus apps are have been wildly popular, with a study reporting that the iOS app got more downloads than any app on both iOS and Android combined in Q4 2019. But in order to actually watch it on your TV, phone or tablet, you're going to need an app. So, we've done the work for you and found all of the download links.

If you've ever heard the phrase "iOS first," you won't be surprised to know that the Disney Plus app was first available on iPhones, iPads and Apple TV. While the below link formerly just worked in the Netherlands, I can confirm it works right now in the U.S..

Unless, that is, you're affected by the service outages affecting multiple devices, my iPhone included.

Disney Plus doesn't appear in the TV app, so Mac owners need to navigate their web browsers to disneyplus.com, which is also live.

Download the Disney Plus app for iOS, iPadOS and tvOS here.

Disney Plus is live and available either in the pretty-cheap $6.99 standalone package — which nets you the whole Disney vault and The Mandalorian — or with a $12.99 bundle that includes Hulu and ESPN Plus.View Deal

Disney Plus app on Android

Looking to watch Disney Plus on your Android phone? The Disney Plus app is available on the Google Play store now.

This will include Android tablets, as Android Central confirms.

Disney Plus on Chromebooks

After early rumors and reports claimed otherwise, Disney confirmed that Disney Plus will support Chromebooks.

I've already found that Disney Plus streams in Chrome, so that will be how you watch the service on a Chromebook.

Right at the last minute, Disney and Amazon came to an agreement to bring Disney Plus to Fire TV sticks, Fire TVs and Fire tablets last week.

The Disney Plus app for Amazon Fire is here.

Our original search for a Disney Plus channel on Roku came up empty-handed.

After the official service launch, we found the Disney Plus Roku channel here. I watched The Mandalorian on my Roku Ultra and found the channel/app to be speedy and responsive.

Disney Plus app on PlayStation 4

Yep, you can watch Disney Plus on your PlayStation 4, which might be your only streaming device (it's a pretty good one). You can download the Disney Plus app from the PlayStation Store.

Disney Plus app on Xbox One

And thankfully the Xbox One's Disney Plus app has also arrived. You can download it from the Microsoft Store. This was another late-breaking addition. We would have loved the option to pre-download and log-in, but what's done is done.

Disney Plus apps on Samsung, LG and Sony Smart TVs

Smart TVs don't have app stores we can link to here, so do what I did for my LG TV. Open the app store in your TV (the LG Content Store can be found by hitting the apps button and scrolling til you see its entry), clicking the search icon, typing in Disney with the remote, and scrolling down to the apps section of the results and clicking on Disney+.

Disney Plus on Chromecast

Opening Chromecast in the iOS app and in the web in Chrome, I saw a Cast icon, so you'll use that to cast Disney+ to your Chromecast.