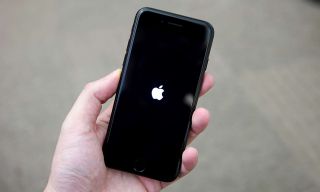 The iPhone 7's haptic home button offers a snappy click and doubles as a fingerprint reader, but what if it stops working? As discovered by a user on the MacRumors forums, Apple's new phone will display a virtual on-screen home button in the event that your physical one breaks down.

User iwayne posted a photo of this newly discovered error message, which appeared after they restarted the phone. The message reads "the home button may need service" while displaying a small white circle at the bottom of the screen that serves as a virtual home button.

MORE: iPhone 8 - What to Expect From Apple's 10-Year Anniversary Phone

The user went on to explain that their particular iPhone 7 was "spazzing out," with the haptic engine vibrating three or four times per button press even after the error message went away. We haven't seen many other reports of this nature, but it's good to know Apple has at least built a safeguard for this type of situation.

Virtual home buttons are nothing new -- some Android phones feature on-screen navigation keys in favor of physical ones, and there are a variety of Android apps that let you place customized home buttons anywhere on your display. But this seems like a first for Apple.

In addition to keeping the phone functional in the case of a hardware breakdown, the iPhone 7's hidden virtual home button could be a hint of what's to come. The iPhone 8 is rumored to ditch the physical home button entirely and may feature an OLED display with Touch ID built directly into the screen, which would allow the entire front of the phone to be one big, seamless display.