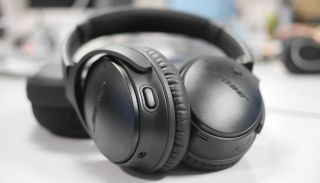 January is in full swing and contrary to popular belief, there are still plenty of Bose deals you can score right now.

Amazon and Walmart, for instance, are offering some epic Bose deals on many of our favorite Bose headphones. Most of the discounted prices have been available since the start of the month, but you still have time to take advantage of these epic discounts.

Bose is synonymous with premium sound. The company makes some of the best headphones and best noise-cancelling headphones we've tested. While some Bose deals have expired — like that epic discount we saw on the Editor's Choice Bose 700 headphones — there are other Bose deals you can take advantage of. We're rounding up the best sales below.

Bose QC 25 Headphones: was $177 now $129 @ Amazon
The Editor's Choice QC 25 provide excellent noise cancellation along with rich audio in an attractive frame. Unlike the QC 35s, these headphones are wired. However, they're considerably cheaper and at an all-time price low. View Deal

Bose Wave SoundTouch IV: was $499 now $382 @ Amazon
The Wave SoundTouch Music System IV can stream music from Spotify, Amazon Music, Pandora, and more. It also has a CD player and works with Alexa. The rarely discounted music system is now $117 off and at an all-time price low.View Deal

Bose Solo 5 TV Soundbar: was $249 now $199 @ Walmart
The Bose Solo 5 is a Bluetooth-enabled soundbar that can boost your TV's audio and wirelessly play tunes from your smartphone or tablet. For a limited time, it's $50 off.View Deal