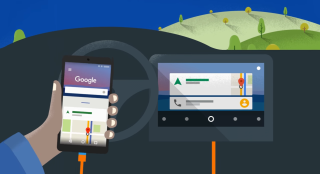 Talking to your car seems to be getting easier for Google's Android Auto users. There's no longer a need to touch a screen to access "OK Google," thanks to a recent update.

At first it might seem to be a minor detail, but it's actually an important safety improvement that takes away a point of distraction, of which there can be many, and many could be fatal.

It was only last month that Google officially released Android Auto for Android phone users. Previously, the app was only available for cars equipped with a dashboard display.

Google first announced added Android Auto safety features at Google's I/O event in May, and this particular one was rolled out to select drivers just a few weeks ago, notes Engadget.

Android Auto users who want to access the service automatically through their smartphones will have to have their phones connected to their cars via Bluetooth and have the latest versions of Google Maps and Google Search installed.