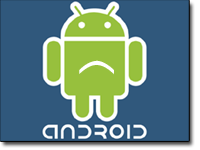 At the end of August, rumors kicked off about the release of the first Android-based handset. T-Mobile announced in the second week of August that its first phone running the Android OS would be manufactured by HTC. Dubbed the HTC Dream or the G1, the phone was approved by the Federal Communications Commission about a week later, meaning the phone could be released anytime thereafter.

Speculation that Google wouldn’t make its end of year promises for an Android handset now blown out of the water, rumors started to do the rounds about launch dates for the phone, not at all dissimilar to the rumors surrounding Apple’s 3G iPhone release. People began to throw dates around that suggested sometime in early October or late September.

A very short report from Reuters, citing “people familiar with the matter,” claims consumers will see a T-Mobile handset running the Google OS on September 23. Reuters’ sources also said that T-Mobile and Google would be making an announcement in New York City sometime this week. With the week nearly over, we’re expecting this announcement either today or tomorrow so keep your eyes peeled and we’ll update as soon as we know anything more.