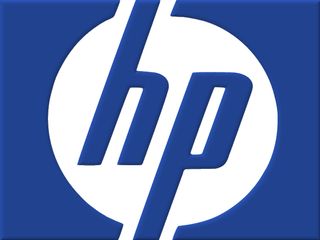 In an interview with CRN, HP CEO Meg Whitman said that the newly open-sourced webOS mobile operating system will be better than both Google's Android and Apple's iOS platform. That's a bold statement given that HP purchased Palm for $1.2 billion and wasn't even able to produce a single successful device based on its acquired software.

Whitman's statement arrives after several former members of Palm walked out the door including Palm bossman Jon Rubinstein and webOS chief architect Brian Hernacki. Problems seemingly began once HP decided to terminate the sales of its TouchPad tablet and shelf webOS indefinitely. Unleashing the software onto the developer community for free under the open-source Apache license was probably the final insulting blow.

"This has been a very rocky period for the former Palm team/webOS team that we built," Whitman said. "And this was not a happy set of occurrences over the last six to eight months. So we have lost some people. Some are going to sign off, and that's OK, because we actually now have a way forward. What I said to all the employees is, 'We need each of you to decide whether this is something that gets you excited. Here’s the way forward."

Whitman then said that webOS will have an advantage over Apple's closed iOS platform and Google's "incredible fragmented" Android platform. She even suggested that Android may ultimately be more closed in the future thanks to Google's acquisition of Motorola Mobility.

"We're great partners with Microsoft and Intel," Whitman added. "But the fact is, the world can probably use one more operating system. So we're going to support it in a very big way and I'm excited about it. You can give us a grade in about a year, and I think the proof will be in the pudding in about two or three."

Whitman also talked about the daunting task of determining the PSG's fate, saying that uncertainty was not HP's friend in the marketplace. "We made that decision as fast as we could, which was about 35 days. We made a lot of people in our industry anxious over what we announced on Aug 18," she said.