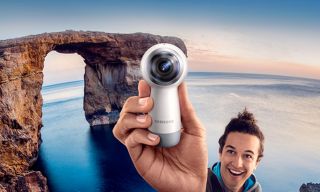 As rumors circulate that Samsung may be launching yet another refresh of its 360 cameras, we've found further evidence to suggest the rumors may be true. Both Samsung and Amazon are discounting Samsung's current line of 360 cameras.

Both cameras take high-resolution 360-degreee pictures and videos that you can view and share on social networks. However, while the original camera requires a Samsung phone to edit videos via the Samsung app, the 4K camera is compatible with Apple's iPhone as well.

If you don't mind the fact that a new camera may be launched at IFA later this week, now is a great time for the casual videographer to jump into the world of 360-degree video.