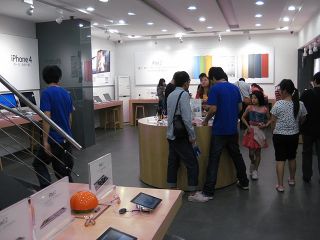 In July we learned that enterprising businessmen in China have created fake Apple stores that replicated the Jobs & Co. experience so well that even the employees thought they were working for Cupertino.

Customers weren't too happy with that, and demanded refunds. Of course, the products that they were sold were real Apple products but were from grey market importing to sidestep taxes.

Originally, authorities found five such fake Apple Stores. Now Reuters has followed up and discovered that authorities have identified another 22 stores that are falsely parading as Apple Stores.

Apple China has already complained to China's Administration for Industry and Commerce for unfair competition and violating its registered trademark.

While China does have laws against IP theft, enforcing it is an entirely different issue. And it's not just Apple Stores being copied – does this look familiar to you?