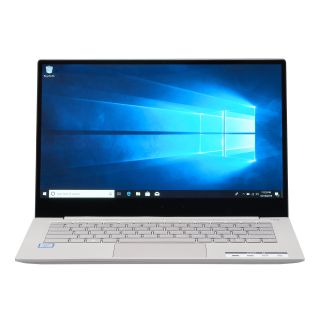 It's that time of year again: the time when we all gather 'round to eat pumpkin pie and blow our expendable cash on the best Black Friday deals.

Walmart's no stranger to Black Friday and Cyber Monday festivities, so expect plenty of Walmart Black Friday deals, which will likely include its Onn (stylized "onn.") line of laptops.

None of these are refurbished prices—these are Onn's price tags for brand new devices. We expect Walmart's Black Friday holiday sales to further reduce costs.

Should you buy an Onn laptop? Yes—potentially.

Between mainstream reviews and those on Walmart's own product listings, the results are in: Onn's laptops are worth checking out if you're on a tight budget and can't wait to save up cash for a better device.

Onn's 14" I3 Laptop scored three out of five stars over at PCMag. The laptop's reviewer, Eric Grevstad, mentioned the device's Core i3 processor helps make the device "a capable choice for basic web surfing and productivity," but balanced that by saying the laptop won't impress with its lacking selection of ports, weak speakers, and tiny 128GB of storage. Even the two reviews on Walmart's site cite issues, including noisy fans, lacking RAM, and lousy speakers.

Onn's other laptops don't have any on-site reviews or many reviews across the internet at all, surprisingly. This is even the case for its most expensive laptop, the $419 Onn 2-in-1 Convertible Laptop, which features a 13.3” 1080p touchscreen, 2.1 GHz Intel Core i3, 4 GB RAM (upgradeable to 8GB) and an Intel UHD Graphics 620 integrated GPU. To give you a frame of reference, those specs are good for very light gaming. Think Bejeweled, Sonic Mania, and non-intensive games like 2013's Rayman Legends.

Though Onn's laptops don't have many reviews, its other products do. This includes our sister site Laptop Mag's own review of the Onn 8-inch tablet. The tablet's biggest perk is—you guessed it—the $64 price tag, with its drawbacks being weak performance and a bad 5-hour battery life. Walmart's on-site reviews of that same tablet arrive at roughly the same verdict.

The Onn brand as a whole, across most of its products, is about compromise. If you absolutely need a functional, low-cost laptop or tablet right this very moment, Onn has you covered. However, in the event you can save up a few extra pennies to buy something better, it's probably best to do so.

While Onn's prices are low to begin with, Black Friday and Cyber Monday deals might turn the brand's laptop selection from a decent option to an absolute must-buy. Depending on how deeply discounted Onn laptops are during the holiday, the bang-for-buck ratio on the devices' middling hardware might skyrocket. At that point, we'd be inclined to remove the conditional statements from our recommendation and just flat-out say an Onn laptop is worth grabbing if you need a dirt-cheap web-surfing machine.

Keep an eye on Onn and our continually updated best Black Friday laptop deals list so you know when and where to get the absolute best prices on laptops during the upcoming holiday.