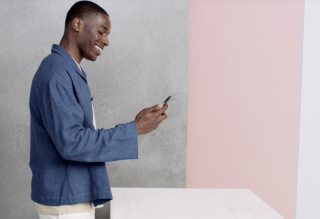 Last week we reported how the Pixel 4’s face unlocking feature could be operated even when the user had their eyes closed. This drew considerable criticism, as it meant that people could unlock a Pixel 4 while the owner was sleeping or unconscious.

Google has now issued a statement addressing the problem. “We’ve been working on an option for users to require their eyes to be open to unlock the phone, which will be delivered in a software update in the coming months” the company said in an email statement.

It continued that “In the meantime, if any Pixel 4 users are concerned that someone may take their phone and try to unlock it while their eyes are closed, they can activate a security feature that requires a pin, pattern or password for the next unlock.

“Pixel 4 face unlock meets the security requirements as a strong biometric, and can be used for payments and app authentication, including banking apps. It is resilient against invalid unlock attempts via other means, like with masks.”

We were already aware that Google had been trying to implement an eye detection system because leaked images of the Pixel 4’s options menu prior to its reveal last week showed that users could enable or disable the eyes-open requirement for face unlocking. Plus Google itself had stated that this was a potential issue on a face unlock support page, so it wasn’t trying to hide away from it.

It’s a pity that the Pixel 4 has already encountered problems with the public before it’s even fully on sale. There are plenty of good features to be found on the phone, like its 90Hz display or its Motion Sense radar functions.  All the same, this is a big problem that Google needs to fix ASAP before it hurts the device’s sales, which are due to begin from October 24.