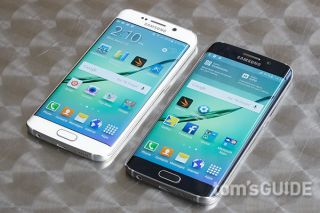 While the new Galaxy S6 is slim, sleek and sexy, it's not water resistant like the Galaxy S5. However, new leaked images show what could possibly be the Galaxy S6 Active, featuring a rugged and waterproof design.

A tipster sent the image to GSM Arena, which shows the front and back of a smartphone that bares the Galaxy S6 Active branding. The first and most noticeable change is the bulky, case-like design on the back and sides of the handset.

While the S6 Active appears to keep the heart rate monitor and camera layout as the other S6 models, the speakers have been moved to the back. Also, the smartphone has the same physical buttons as previous Active handsets, which means you might not get a fingerprint reader.

Another possible feature could be a microSD card, which would allow for more memory. This is something Samsung removed from the Galaxy S6 to allow for a unibody design.

The S6 Active could see a power boost, too, sporting a 3,500 mAh battery, which is much bigger than the 2,600 mAh battery in the S6. The other specs will likely be the same, including a quad HD Super AMOLED display, 16-MP rear camera and 5-MP camera.

Rumors have been swirling about the S6 Active since early April when AT&T was spotted listing the smartphone in its inventory, but there's still no official word on its release date.