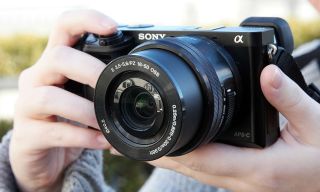 Finding a great deal on a new camera can be frustrating, but luckily, you've come to the right place. We've got the best camera deals on beginner and professional wares from instant cameras to mirrorless cameras.

Various retailers are offering some of the best camera deals this month.

Amazon for instance, has the Sony Alpha a6100 Mirrorless Camera w/ 16-50mm Lens on sale for $698. Normally $848, that's $150 in savings and the lowest price we've ever seen for this camera and lens kit. Walmart also offers this deal.

It's one of the best mirrorless cameras for beginners and among the best camera deals you can get right now.

Sony Alpha a5100 Mirrorless Camera w/ 16-50mm Lens: was $598 now $398 @ Amazon
Sony's a5100 entry-level mirrorless camera packs a DSLR-size sensor in a compact body, delivering high image-quality and fast shooting. For a limited time, you can get it for $200 off at Amazon.
View Deal