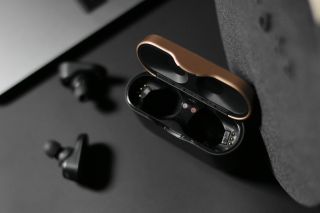 Amazon is kicking off the new month with one of the best headphone deals we've seen all year, especially for cash-strapped shoppers.

Sony Wireless Earbuds: was $199 now $69.99 @ Amazon
The Sony WF1000X-BM1 Earbuds automatically detect your surroundings to block out ambient noise. They deliver crisp sound via their 6mm drivers. They're over 60% off. View Deal

The Sony WF1000X-BM1 feature 6mm drivers that deliver crisp audio. They're also able to detect your surroundings to apply the right level of noise cancellation. (Alternatively, you can control the ambient sound settings via the accompanying Sony app).

They feature a built-in mic that lets you take calls hands-free and they're also compatible with Alexa and Google Assistant.

In terms of battery life, you can expect up to 3 hours of playtime or up to 9 hours with the included charging case.

Keep in mind that these are the predecessors to the costlier Sony WF-1000XM3, which made it to our list of the best Sony headphones. Nevertheless, they're still an excellent pair of wireless earbuds, especially at this all-time price low.