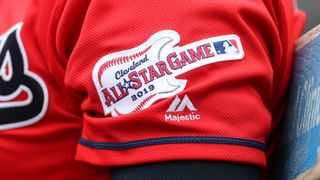 Baseball's All-Star Game isn't the can't-miss occasion it used to be, back when the Midsummer Classic was the only chance outside of the World Series to see the stars of American and National League square off. But for baseball fans, the MLB All-Star Game remains a welcome staple of the summer, as baseball's most talked-about players get a chance to shine in the spotlight.

This year's All-Star Game is about to get underway. And if you're planning on tuning in tonight (July 9) to watch the American League take on the National League from Cleveland's Progressive Field, you've only got a few options for watching the MLB All-Star Game. Still, if you know when and where to tune in — and what your streaming options are — you needn't worry about missing a single pitch in tonight's game.

Here's how to watch the 2019 MLB All-Star Game, along with tips on what VPN to use if you're having trouble getting the game where you live.

If you're in Canada, you can catch the game on Sportsnet, while BT Sport will pick up coverage in the U.K.; just make sure you have a pot of coffee going, as the game gets underway at 1 a.m. GMT on Wednesday.

Should you find yourself out of the country when the American and National League stars take to the field Tuesday night, you can always try to find a local broadcast. Or you can turn to a virtual private network (VPN), which lets you appear as if you're online in the country of your choosing. That way, you can watch a live stream of the All-Star Game just like you would at home.

If you need help finding a good VPN, don't worry — we've tested many services to find the best VPN. We think it's ExpressVPN. which offers outstanding performance and good customer service. But you have other options if you'd prefer to look elsewhere.

These are the top VPN options if you want to watch the All-Star Game.

ExpressVPN: Buying a month of ExpressVPN costs $12.95, though if you need a VPN beyond the All-Star Game, signing up for a year brings the cost down to $6.77 a month. Our favorite VPN also comes with a 30-day money-back guarantee.

NordVPN: Cheap and secure, NordVPN is just $2.99/month for a three-year contract, while a month of service costs $11.95. NordVPN uses 2048-bit encryption, and makes it easy to use streaming services.

TunnelBear: Don't expect outstanding performance from TunnelBear. But you can get the service for a low monthly cost of $9.99 if all you need is a VPN for watching the All-Star Game.

What are my streaming options for the 2019 MLB All-Star Game?

If you're not near a TV, Fox will stream the game on its Fox Sports Go website. You can also watch the All-Star Game on your phone by downloading the Fox Sports Go app (Android, iOS). In both cases, you'll need to log in with the username and password from your cable or satellite TV provider, so this ins't an option if you've cancelled your cable subscription.

Similarly, MLB.TV subscribers who pay to get streams of out-of-market baseball games do get access to the All-Star Game as well. But since the All-Star Game airs on Fox, you have to sign in with your cable TV credentials — again, not an option for cord cutters.

How can I stream the 2019 MLB All-Star Game without cable?

You're not shut out of the All-Star Game if you given cable the hook, but you will need to turn to another subscription streaming service — one that includes your local Fox affiliate — if you want to watch the game. Because Sling TV only includes local stations in select markets, that rules it out as an option for many people, but other services do include Fox among their available channels. (Confirm that your affiliate is included before you order, though, as not every market supports local channels.)

Amazon Fire TV Recast: If you have an Amazon Fire TV device, you can connect it to the Fire TV Recast to watch over-the-air channels through your Fire TV stick. Plus, the Recast has a built-in DVR feature, in case you're late to the start of the game, or want to skip commercials. Aside from an Amazon Prime subscription, there are no other recurring charges.

DirecTV Now: This streaming service's entry-level package costs $50. As an added bonus, you also get HBO along with Fox in your DirecTV Now Plus package.

FuboTV: This streaming service has a sports-focused bent, and Fox is included in FuboTV's $55-a-month starter package. You'll also get a Cloud DVR that can store 30 hours of programming. A $10 monthly add-on expands storage to 500 hours.

Hulu + Live TV: Hulu's $45-a-month package includes Fox among its 60 channels. A cloud DVR lets you record programs to watch later if you can't make the start of the All-Star Game.

What to watch for in the 2019 MLB All-Star Game

Keep your eyes fixed on Mike Trout, the Los Angeles Angels of Anaheim slugger who will start in center field and bat third for the American League. Trout is easily the best player in baseball and already has two All-Star Game MVP awards in his trophy case. With the Angels perpetually struggling to make the post-season, the All-Star Game has been Trout's time to shine on a national stage.

The starting pitchers won't be around long in this game — figure two innings at most — but it's an intriguing match-up. Justin Verlander of the Houston Astros makes his second All-Star Game start for the American League. His counterpart on the National League side will be the Los Angeles Dodgers' Hyun-Jin Ryu.

Look for a lot of new faces when you watch the All-Star Game. Thirty-one players are making their first appearance in the Midsummer Classic, the most debutants since 2016.