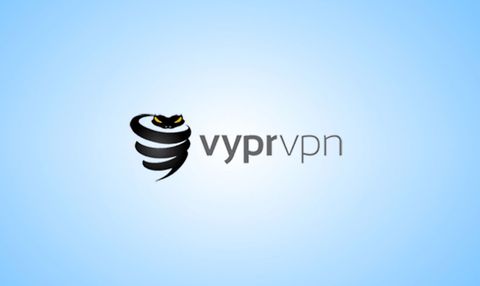 Although there’s work to be done performance-wise and it could be cheaper, VyprVPN is a well-rounded service with uncompromising security and dedication to privacy.

VyprVPN is a provider of VPN services based in Switzerland. It is one of the products of the prominent software and cybersecurity company Golden Frog, whose experienced founders have also brought us Giganews, Data Foundry, and Texas.net.

VyprVPN offers two plans - premium and basic. The premium plan is available under the monthly and yearly pricing options, at $12.95 and $6.67 per month, respectively. The annual plan is billed $80.00 every 12 months.

The basic plan can be yours at $9.95 if you choose the monthly, or $5.00 per month if you choose the yearly subscription option ($60.00 billed every 12 months). All of the plans are covered with a 30-day money-back guarantee if you encounter any unsolvable issues.

Payment is possible using credit cards, PayPal, and UnionPay. A free trial is available but is one of the shortest in the industry - you only have three days to test the service out and decide if it’s the right match for you. Even then, you still have to sign up for the service, you just won’t be charged for the first three days. If you don’t cancel your subscription within this period you will be billed for the entire plan.

VyprVPN also has subscription options for businesses, starting at $299.00 per year, as well as the cloud VPN starting at $349.00 per year. Both can be tried out for free but exact terms need to be communicated with the VyprVPN team.

If you choose to commit to this VPN provider, you will have a wide choice of apps at your disposal. They cover all the major platforms including Windows, Mac, Android, and iOS, as well as routers, Blackphone, Anonabox, QNAP, and TVs. This is more than most other VPN services provide. All the clients are simple and straightforward.

And it doesn’t stop there. Most of the other platforms VyprVPN doesn’t have an app for are covered by simple manual setup guides. These include Boxee, Synology NAS, Blackberry, and more.

Getting a subscription will give you access to more than 700 servers at over 70 global locations. This is still a modest server network, as many of its competitors are known to offer substantially more. However, all the servers are owned and managed by the company itself, making it one of the few tier-1 VPN services in the industry. This allows them to operate without any third parties.

This VPN is quite successful in bypassing the geographical bans that some popular streaming channels and websites impose. These include Netflix, BBC iPlayer, Amazon Prime, Hulu, SkyGO, and more. The same success translates into torrenting, although the provider doesn’t advertise this openly.

VyprVPN Cloud gives you your own dedicated, cloud VPN server for DigitalOcean, Amazon Web Services (AWS), and VirtualBox, with more platforms coming up.

The Chameleon Protocol is VyprVPN’s proprietary technology available in the provider’s apps for Windows, Mac, Android, and routers. Its role is to scramble OpenVPN packet metadata to protect it from being recognized in deep packet inspection. As a result, users can bypass restrictions on VPNs put in place by governments and ISPs. Chameleon is available at every VyprVPN server in North America, South America, Europe, Asia, and Oceania.

In addition to its Chameleon protocol, VyprVPN employs traditional privacy mechanisms like the 256-bit OpenVPN (on Windows, Mac, Android, and with manual setup for other platforms), IKEv2 (on iOS), as well as L2TP/IPSec, and PPTP.

The commonplace kill switch keeps you safe from your data leaking into the wrong hands if the VPN connection is suddenly lost. In such events, the VyprVPN app will simply block your entire Internet access.

VyperVPN’s no-logs policy states that no personally identifiable information is collected or associated with VPN connections. This means the company doesn’t keep logs of IP addresses, VPN sessions, time logs, website visits, or any online activity while using its services. Minimal logs are stored locally on the client device and the user can choose whether to send them to VyprVPN as they can be used to repair app bugs.

Unlike many of its competitors, VyprVPN stands behind its words and has even enlisted an outside auditor (Leviathan Security Group Inc.) to back up these claims and issue a report detailing its findings.

It is also very reassuring that the provider is headquartered in the privacy-friendly Switzerland, which doesn’t have any legislation forcing VPNs to collect any personally identifiable information on their users.

VyprVPN’s performance isn’t its strongest selling point. It can drop to a low 25-50Mbps locally on a 75Mbps connection in the UK and a measly 50-70Mbps on a super-fast 475Mbps line in the US. These results are a bit disappointing in comparison to some of the provider’s competitors.

If you have any questions or problems with using the service, you can consult the website’s support section for assistance. It contains setup instructions, troubleshooting, FAQs, etc. accompanied with a search option. If the articles there can’t help you with your particular issue, then live chat or email inquiry is the next logical step. The customer support team is on standby 24/7 and will answer all your questions in no time.

While VyprVPN can be a bit mediocre in its performance and pricing, it delivers in all other areas. It supports a long list of platforms and enables torrenting and streaming of popular geo-blocked content from anywhere in the world. It has proven its dedication to user privacy through an independent audit and is exclusively responsible for all of its servers. Overall, it is a neat privacy service that should satisfy most users.