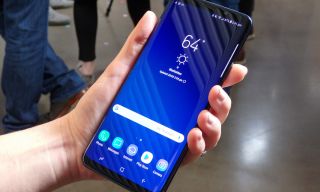 Want to be among the first to get your hands on the Galaxy S9 and S9+? You don't have to wait until these two flagships hit shelves on March 16. You can preorder them as early as March 2.

We've dug deep to find out where you can stake your claim on a Galaxy S9 or S9+ before they come out so you can be prepared to unbox your shiny new S9 and start shooting slow-mo videos, making your AR Emojis and more.

When do preorders start?

The first thing to know is that preorders open on March 2 at 12:01 a.m. ET, so get that date in your calendar, and stay up late.

Where can I preorder the Galaxy S9 and S9+?

T-Mobile comes in close behind in second, selling the phones for the same prices as Samsung. But for the S9+, you'll have to put $120 down if you're paying in monthly installments. On the bright side, after that down payment, you'll pay only $30 a month for Samsung's 6.2-inch model.

On Friday, March 2, Best Buy will shave $100 off the Sprint, Verizon and AT&T variants of the phone, so if you already know you're getting one of those, you have a limited time to grab some savings.

What about smaller carriers?

Smaller and prepaid carriers like Boost Mobile, Cricket Wireless and MetroPCS will have the Galaxy S9 when it launches on March 16, so if you plan on picking up the phone through those carriers, you'll have to wait.

MORE: Galaxy S9 vs. Galaxy S9+: Which Phone Should You Buy?

Are there any other deals?

When a phone costs more than $700, you'd better hope there are some deals to take some of the sting out of that asking price. That's certainly the case with the S9 and S9+; Samsung and several wireless carriers are offering rebates when you trade in your current phone.

Eligible phones vary from retailer to retailer, but as a rule of thumb, the newer your existing phone, the more money you're likely to get back. Just be aware that wireless carriers tend to issue that rebate in the form of monthly credits spread out over 24 months so that they can ensure you don't jump to another provider.

We're keeping tabs on all the latest Galaxy S9 deals so you can stay up-to-date on ways to save.

Samsung's DeX Pad was announced alongside the Galaxy S9 and S9+. It provides a desktop experience in which you can hook everything up to a monitor, turning your Samsung device into a mini PC. (The DeX Pad even works with last year's Galaxy S8 models and the Note 8.)

However, you won't be able to order the DeX Pad alongside your Galaxy S9, as it won't be available at launch.

The Galaxy S9 works with Samsung's Gear VR headset, so you can order that virtual reality accessory alongside your new phone.

A number of third-party companies — including Tech21, Incipio and Speck — will have cases ready by launch.

Should I preorder the Galaxy S9 or S9+ at all?

I always suggest waiting for reviews and making sure there are no issues with phones. (No one wants to live through another incident like the Note 7 launch.) And if you wait a couple of weeks, carriers will probably start introducing some buy-one-get-one-free deals.

Ultimately, you will be able to get the S9 and S9+ at some point. The phone may be sold out for a bit right at launch, but if you don't have the money (or inclination to wake up early) right now, these phones will be available to buy whenever you're ready to take the plunge.