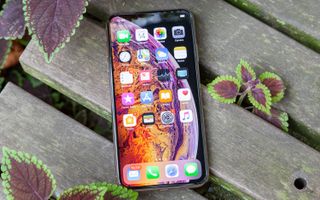 I have a confession to make. I’ve been using an iPhone XS Max for the better part of a year without a case.

I know, going naked with your phone is a dumb idea. But there’s nary a scratch on the back of my iPhone XS Max. The front is a different story, with some minor scratches but no cracks. However, the scratches are only visible when the screen is asleep.

As resilient as my iPhone XS Max has proven to be, the iPhone 11 could take the durability of Apple’s phones to the next level when it debuts in September. According to a report from Bloomberg last week, “the new models should hold up better when they’re dropped due to new shatter-resistance technology.”

If this report is accurate, the regular iPhone 11 replacing the iPhone XR wouldn’t get this extra protection.

While some abhor the notch on the front of modern iPhones, Apple’s handsets sport among the most attractive designs in the industry. Ironically, though, these phones get covered up by a case the majority of the time.

Assuming Apple does offer more durable designs, you might not need a case at all. Last year’s iPhone XS was definitely a step forward in terms of toughness. In fact, the iPhone XS survived an 11-foot drop onto concrete in our drop test. Granted, this test was anecdotal and not scientific, but I’m excited to see what this next generation could bring.

And there could be extra incentive to go case-free this time around. Bloomberg also reports that some colors on the back of the iPhone 11 Pro line will have a matte finish, so you probably won’t have to worry about fingerprints as much. As for the iPhone 11, Apple will likely continue to offer a wide array of colors, and it’s possible that a green hue could be added to the mix.

In addition to the improved shatter resistance, Bloomberg says that “Apple has dramatically enhanced water resistance for the new models, which could allow them to be submerged under water far longer than the 30-minute rating on the current iPhones.”

Of course, there are plenty of clear cases to go around if you like the idea of protecting your iPhone while still showing off the design. But it would be nice not to have to buy an accessory for a phone that already costs $999 and up.