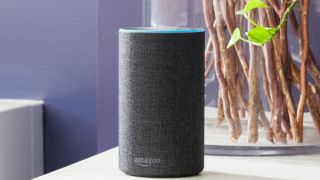 Prime Members looking for both an Amazon Echo and Smart Plug are in luck this Prime Day, because those two devices are getting a steep dual-discount that'll let you snag both for just $54.98.

This handy package gets you the top-rated Amazon Echo and an Alexa-friendly Smart Plug for a low price.View Deal

With both an Echo and Smart Plug, your living space will be doubly Alexa-integrated, meaning you can issue voice commands from twice as many places in the house and make ordering pizza, setting alarms, and cuing up your favorite music easier than ever.

If you want something cheaper, though, the 3rd Gen Echo Dot is going for just $24.99 (50% off), which isn't a bad deal. It's the second deepest discount Amazon has given the device.

Be sure to keep your eyes peeled for other Prime Day deals to ensure you get the most out of Amazon's annual sale.