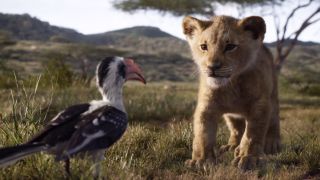 New year, new shows and movies on Disney Plus. Yes, months after the service launched, Disney continues to add shows, giving us answers to "what's left to watch after The Mandalorian?" while we all work through these shorter, and often darker, January days. Here's what's new on Disney Plus.

In press emails sent from Disney that revealed the full month of content, we've found out that a movie we're plenty curious about — yet haven't actually seen yet — that live-action remake of The Lion King, is finally coming to Disney Plus later this month.

Wondering where the MCU shows are? Well, we've just got seasonal release dates for those. The first to drop will be The Falcon and The Winter Soldier (Fall 2020), followed by WandaVision (2020) and Loki (Spring 2021).

Oh, and if you're wondering where movies you've already started are going, you're not alone. 12 movies vanished from the service at the start of the new year.

Disney Plus is live and available either in the pretty-cheap $6.99 standalone package — which nets you the whole Disney vault and The Mandalorian — or with a $12.99 bundle that includes Hulu and ESPN Plus.View Deal

As you'll see below, Disney Plus is continuing to add episodes of its weekly shows on a weekly basis, with new editions of Encore!, The World According to Jeff Goldblum and Marvel’s Hero Project arriving on Fridays. A new Disney Plus original show, Diary of a Future President, also follows this suit.

Disney's feature films, and other content, help fill out the other days of the week — as the 2019 live action remake of The Lion King bows on a Tuesday.