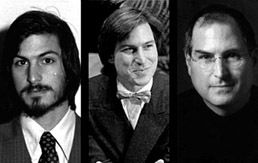 Analyst Opinion - I’m out in Japan this week visiting Panasonic and seeing an incredible set of products, many of which will probably never come to the U.S. At the same time I am watching a health concerns surrounding Steve Jobs and speculation that he may have to leave Apple for one of several reasons soon and the wide-spread belief that the company cannot survive without him. Panasonic’s history provides some ideas.

Panasonic, which is actually a much larger company than you might think, was, just like Apple, also closely tied to its founder who ran the company since its founding in 1928 and was likely even more critical to that company’s survival than Steve Jobs is to Apple. But years after the founder had retired and later passed away, the firm now operates as if he was still there - under a program that was designed to last 250 years following his departure. Given how poorly U.S. companies have traditionally done after the departure of a founder I think many, and particularly Apple, could learn from Panasonic.

This week, I would like to highlight some of the interesting products I saw while visiting Panasonic and conclude with how Panasonic’s founder became immortal and how Steve Jobs could, and should, do the same.

I am actually lucky that a lot of the products I saw at Panasonic’s corporate showcase are not available in the States as I probably would have purchased many of them. One that is available, but I won’t purchase, was their amazing 103" Plasma display. It has been out for more than a year, but it still costs $70,000 and even my understanding wife won’t allow me to pay that for a new TV.

This TV was like looking at a sliding-glass-door-sized window. The HD images were incredibly vivid and even though the display was in bright light, it didn’t wash out suggesting Panasonic has done some amazing work with their plasma technology.

They showcased one of the best whole-house entertainment systems I have ever seen with a unique mushroom style remote control for the table and a handheld remote with full video playback capability (yes a full video screen on the remote), which was simply amazing. The system enables you to stream music and high definition video from room to room. It appeared intuitive enough that I’ll bet you wouldn’t need a 12 year-old to teach you how to use it.

They also had a washer/dryer system that uses a slanted front loading design, which appeared to have the loading advantages of a top loader with even more water efficiency than a front loader. It also uses an advanced heat pump energy exchange system that is supposed to result in massive energy savings. If the iPhone were a washer, this would actually be better.

They showcased a set of notebooks that seemed to approach the thinness of the MacBook Air, but had twice the battery life and were vastly more durable (they are called Toughbooks for a reason). The flagship consumer offering - the C7 - remains unique in the market (and that you can get in the U.S.).

Finally, they had a titanium-framed electric bicycle that, in times of spiking gas prices, would likely be very well received by folks who are trying hard to avoid the high cost of gas.

What makes Konosuke Matsushita different than most of the CEOs I have studied is that he documented much of his management style in a vast library of books and drove the creation of a 250 year strategic plan for the company. Both of these are allowing Panasonic to continue to bring out interesting products and continue to maintain a high focus on the social and environmental issues that were the founder’s passion.

There is a technology under development called Virsona that can take information like this and create a digital clone which will be able answer questions and respond very similar to the person it was designed to emulate. Currently you interact with the system much like you would a real person over email but advancements will increase impression of working with a real live person significantly over time. But in order to make this technology work, you need a great deal of detailed information on how the original made decisions and Panasonic’s founder made sure that was created and would be available after he was gone.

In effect, Panasonic’s managers have a virtual template of their founder on paper and, in the future, when the technology matures, they will be able to even better ensure the intelligence that created Panasonic stays with the company and ensures its survival. And this is working at Panasonic today.

Corporations can live forever and Apple is like Steve Jobs’ child. Ensuring its survival much like Konosuke Matsushita ensured the survival of Panasonic should now become a priority.